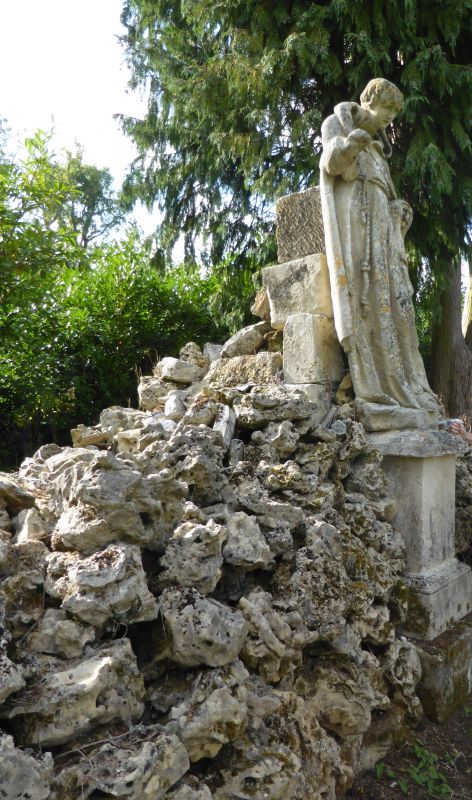 Entry Name: Statue of St Anthony of Padua in Temple Gardens to West of Wardour Castle

4/274 Statue of St. Anthony of Padua
in Temple Gardens to west of
Wardour Castle

Statue. Early C19 by Joseph Theakston for William Beckford of
Fonthill. Limestone life-size statue of Beckford's favourite
saint, on square plinth with egg and dart moulding, rustic
stonework either side, forms western boundary of Temple Gardens.
In poor condition at time of survey (January 1986), hands missing
and frost damage. Statue commissioned by Beckford and placed in a
niche over the main entrance of the west wing of Fonthill Old Abbey
(q.v. Fonthill Gifford CP). Presumably bought by the Arundells at
the 1822 sale of Fonthill and resited in its present position.
(J. Lees-Milne, William Beckford, 1976)