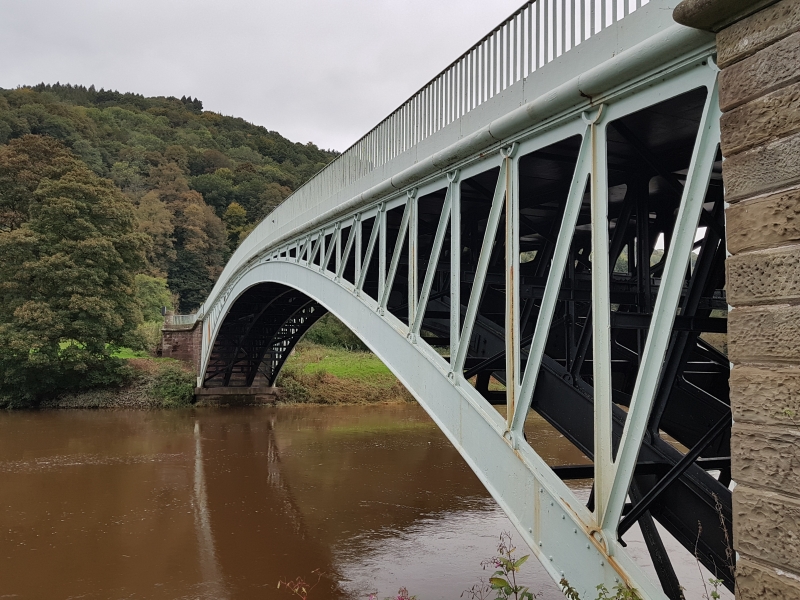 Road bridge over river Wye. Built 1826-29. Cast iron and sandstone. A broad central clear span in four cast iron arches with W-strutting rising to a slight hump-back, to extended sandstone abutments including two flat segmental arches each side. Simple handrail over diagonally set balusters with indent mould except where replaced in C20, all in cast iron. Abutments rise from heavy roll mould to parapet with capping, run back in segments to circular terminal piers, then continued walls similarly on either side over the stone segmental arches. Main handrails at circa 5 metre centres, and the round piers circa 8 metre centres. The iron-work was cast at Merthyr Tydfil.

This entry was subject to a Minor Amendment on 10 November 2016.