Statue of Andrew Marvell on North Side of South Church Side 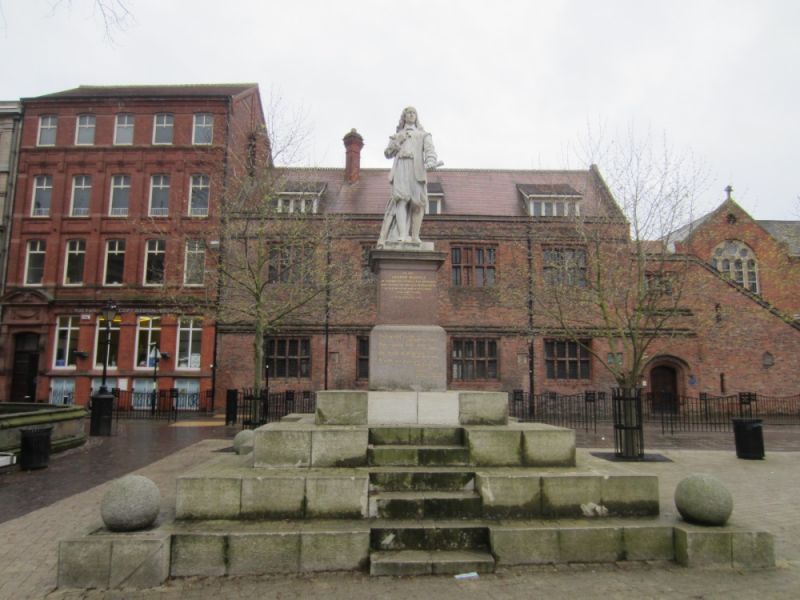 Entry Name: Statue of Andrew Marvell on North Side of South Church Side

Statue of Andrew Marvell by William Day Keyworth junior (1843-1902). 1867, resited 1902, 1922, 1963 and 1999. White marble statue on a coloured granite plinth and limestone base. Standing figure, facing north, in C17 dress on a square pedestal with chamfered plinth and moulded top, with inscription to front, raised on late C20 square limestone base of 4 steps with ball finials at corners. Damaged left hand remodelled 1999.
Presented to the City by Councillor John Winship in 1867.
Originally sited in the Town Hall.Moved to corner of Smeaton Street, George Street and Savile Street 1902; corner of Bond Street and George Street 1922, grounds of William Gee School in 1963, and to its present site in 1999.