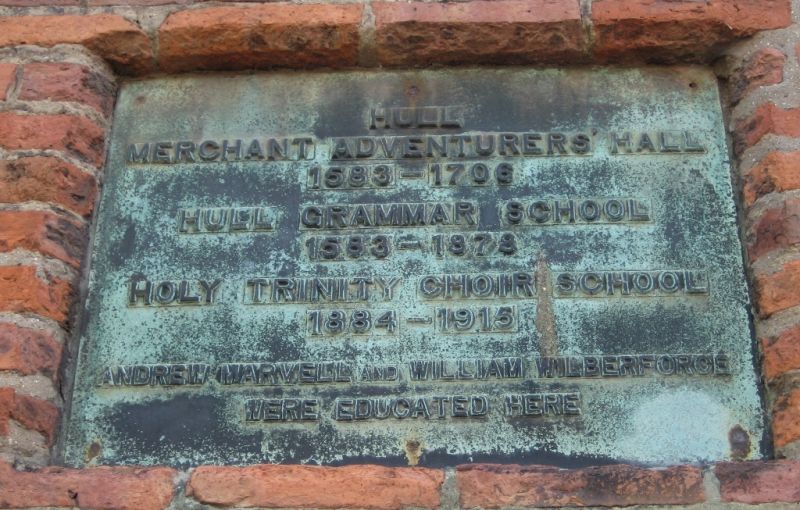 Two storeys plus attics; four window main block. Four four-light cross mullioned windows on ground and first floors, with moulded brick surrounds, mullions and transoms, and leaded glazing. Between the ground-floor windows, four stone plaques, tw of them with ogee heads, with merchants' marks and the date 1583. On the first floor, a central plaque with the city arms. Above, three late C19 raking dormers with three-light mullioned windows to left and a four-light window to right. To right, an external staircase, now roofed, with moulded brick coping to balustrade wall. Above, to left, a three-light mullioned window and below it, a slightly projecting square porch with string course and coping and segment-headed door with label mould. To right, a slit window on each floor. To right again, another segment-headed door with label mould.

This building served until 1766 as the Merchant Adventurers' Hall, and housed the Grammar School until 1878. It subsequently became the Holy Trinity Choir School. Andrew Marvell and William Wilberforce were pupils here.