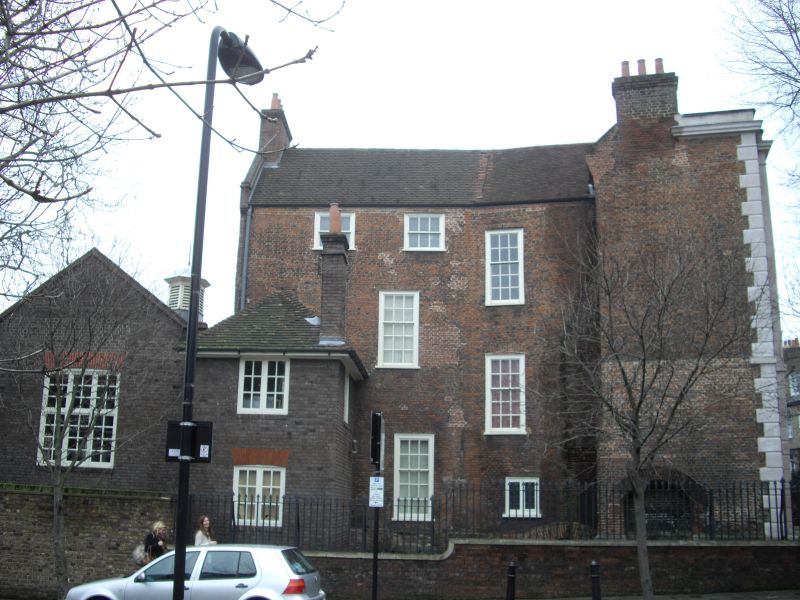 Plan: C16 H-plan house with central hall range, transformed into its present courtyard plan by the building of the south range in c.1904.

History: a rare survival of an early C16 medium-sized house in the London area; called 'the bryk place' in an indenture of c.1550; early C17 alterations, including west wing staircase and painted shields, were made for Captain John Milward; sub-divided as two houses c.1752-4; became St John's Institute in c.1890; purchased by the National Trust in 1938, acquired through the W.A.Robertson Memorial Fund. Sutton House was one of nine war memorial purchases made by this fund, and is marked by a plaque.