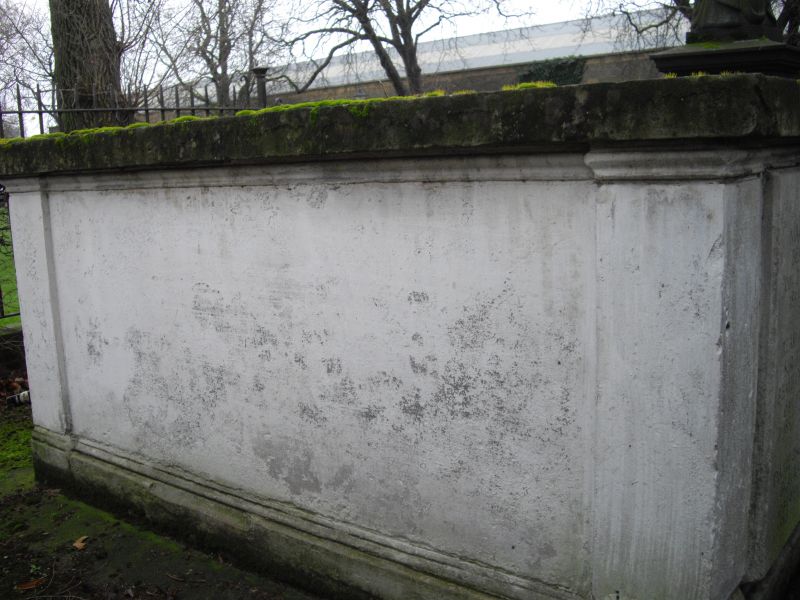 GV II
Chest tomb. Portland stone. Chest has square angle pilasters with moulded capitals all on shallow moulded base, re-cut inscription panels and
mid-C20 bronze plaque addressing Rear Admiral Sir Francis Beaufort's importance. Ledger slab on top.
A monument to the Beaufort family. Rear Admiral Sir Francis Beaufort (1774-1856) was Royal Naval Hydrographer from 1829-1855. His Beaufort wind force scale was adopted by the Royal Navy in 1838 and remains widely used as the empirical measure for the intensity of the wind.

A fine mid-C19 chest tomb to the Beaufort family, of historic interest for commemorating Rear Admiral Sir Francis Beaufort, who invented the Beaufort Scale for indicating wind force. It has group value with the Grade II* Church of St. John at Hackney and with other listed monuments in the Churchyard.