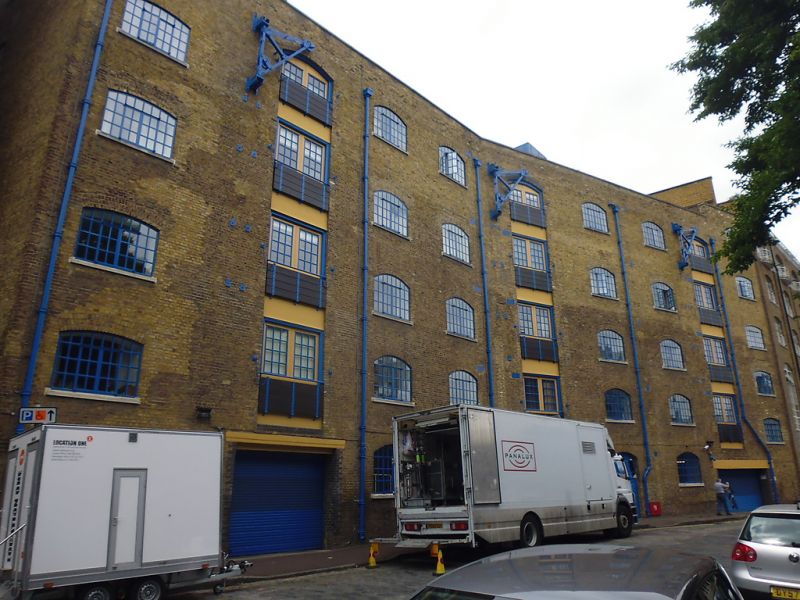 2.
C1860-70 substantial but plain stock brick warehouse prominently sited by St Katherine'o
Dock and flanking west side of Alderman's Stairs. Five storeys with 9 bay front cranked
with street line.
Parapet coping. The end bays have one extra storey. Segmental gauged header brick
arches to iron framed small pane windows, the window bays symmetrically disposed about
3 hatch ranks with shallow timber jambs. Late C19 flat plate iron hoists straight
braced. Riverside has a flat elevation of 7 bays and is of 5 storeys throughout with
parapet. Two symmetrically spaced hatch ranks to end and centre bays. Same
fenestration as street front. Ground floors of hatch ranks have larger segmental arched
loading bays. Internal construction of timber floors on cast iron columns. One of the
few remaining warehouse survivals on the once crowded street leading onto Wapping Way.
A vigorous building given strong character by its arched windows, and by the way in which it
bends with the street. A good example of its period.