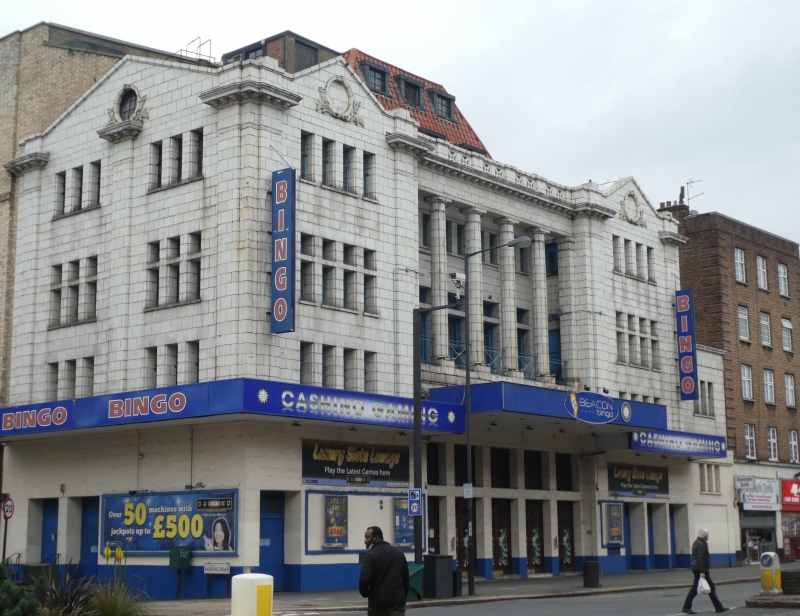 Auditorium, originally seating nearly 3,000 people, on three levels, with three tiers of paired boxes either side of proscenium. Full stage with dressing rooms, fly tower and grid, its machinery not inspected. At the front a series of foyers and bars from basement to second floor. Facade a tripartite composition with four-bay pavilions under pediments with swag decoration either side of five-bay centre with open parapet recessed behind Tuscan columns in antis. Five pairs of original doors to foyer under original canopy now covered. Foyer with Imperial stair rising behind screen of Ionic columns under deep cornice, with neo-Grec iron balustrades, original-kiosks and mirrors. Upper foyer under circle with moulded decoration in similar neo-Grec decoration; more rococo-style ceiling and cornice to first-floor bar. The auditorium is unusually vast and opulent for its late date. Moulded square proscenium arch with moulded frieze of urns and sphinxes over, similar decoration in medallions to ante-proscenium behind two tiers of boxes to each side, these features all separated by three pairs of giant fluted Ionic columns. The side walls of the stalls and circle areas with pilasters, cornices and shallow panelling. Ceiling inset with heavily moulded, shallow, circular saucer dome with central chandelier.
Included as an unusually lavish example of a theatre built in the short-lived revival of building in 1929-30; as a suburban example of this date the building may be unique.