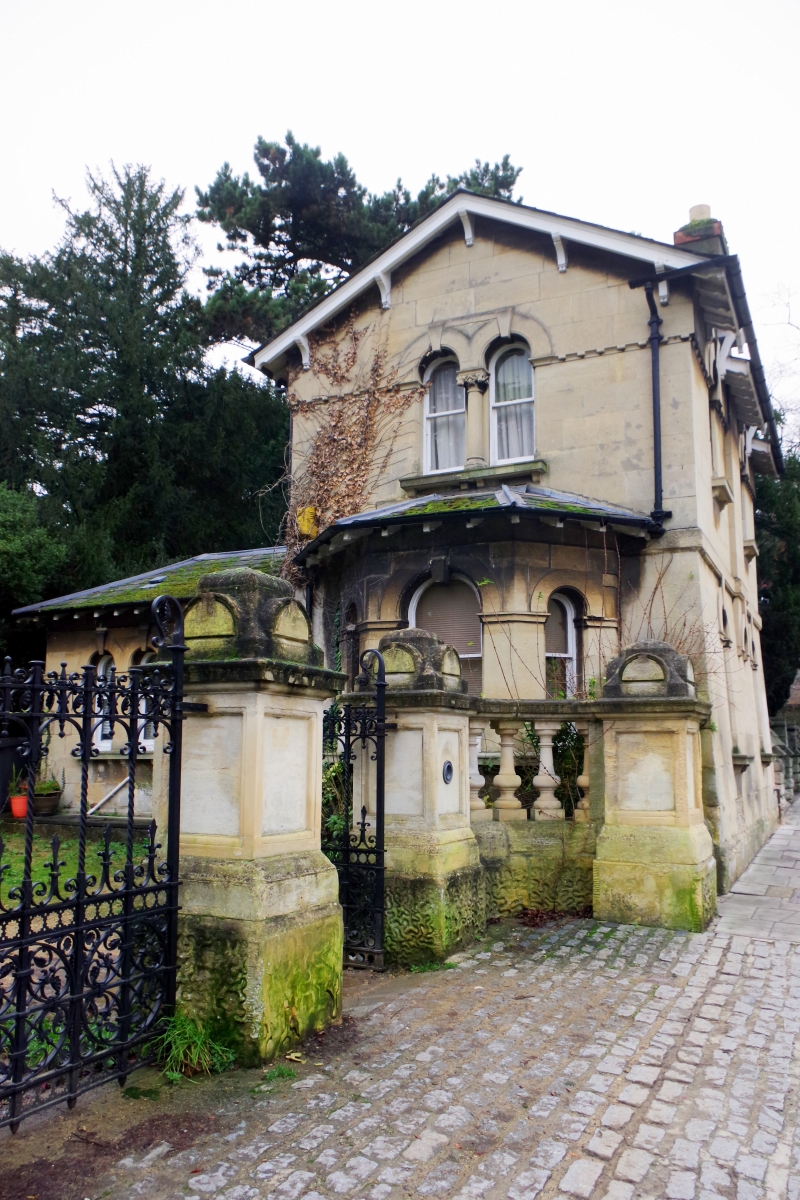 Gate lodge. On the west side of the Entrance Gates (qv) to the
Hillfield Rest Garden, formerly the grounds of Hillfield
House, Denmark Road (qv). c1867, by Albert Estcourt for
Charles Walker. Ashlar, low pitched slate roofs with wide
eaves, end-gables and gablets on the front block, and hipped
at end of rear wing, ashlar stack. Italianate style. A
single-depth 2 storey block and a single storey wing at rear,
a single storey canted bay window at the east gable end; the
entrance faces the driveway in angle behind the front block.
EXTERIOR: 2 storeys with a pronounced batter to the lower
storey of the front block; a continuous raised band at first
floor partly interrupted by adjoining ground-floor roofs; on
the first floor a slight corbelled projection to the upper
part of the walls below both the wide eaves and the bracketed
barge boards to the gables. Symmetrical front to street has
central stack rising in a slight projection from a corbelled
arch with its keystone raised to the underside of the
first-floor band; on the ground floor and on the first floor
an arched sash to either side, all in openings with arches
similar to the arch supporting the chimney projection and
projecting stone sills on small brackets; on the east
gable-end the canted bay has an arched sash in the front face
and similar smaller sashes in the side faces in openings with
raised arches linked by impost mouldings and a continuous
projecting sill; on the first-floor arched sashes in a
two-light opening with the arches supported centrally by a
column with moulded base and foliage capital.
In wing to rear a moulded string at the impost level of the
arched openings; the entrance doorway with a semicircular
fanlight under a hood which is a catslide extension of the
supported on curved timber brackets; to left a pair of arched
sashes in openings similar to those in the front block.
INTERIOR: not inspected.