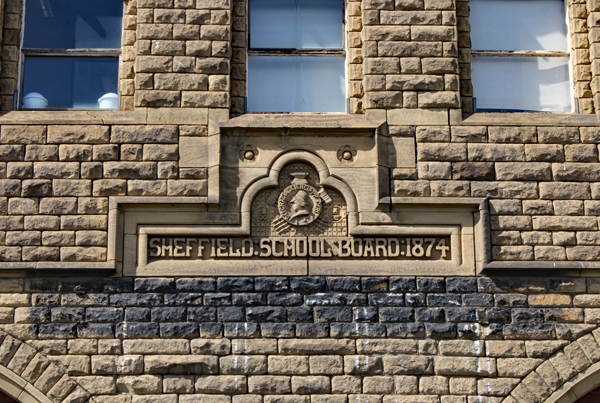 Rear elevation has central double gable with six windows, flanked by ranges of four windows. Beyond, hipped wings with two windows to right and three windows to left, and below, a pointed arched opening with double garage doors.

This school is one of a number designed by Innocent & Brown for the Sheffield School Board, and is amongst the earliest in England to be built after the 1870 Education Act.