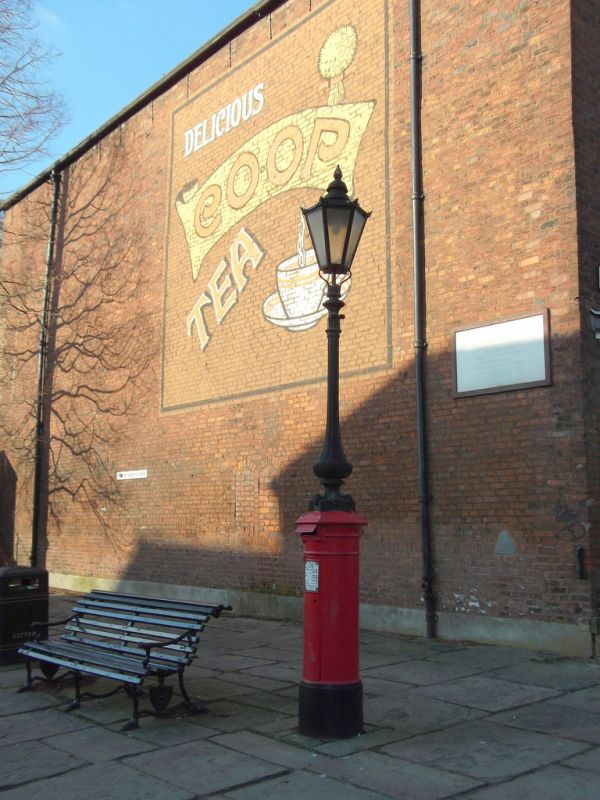 Pillar box surmounted by gas lamp. Box dated 1866; by Cochrane Glove and
Co. Lamp of similar date but attached later. Both box and lamp are resited.
Cast iron. Pillar box is cylindrical on base with letters stating 'COCHRANE
GLOVE & Co /WOODSIDE WORKS/ DUDLEY 1866' The box is without royal cipher
and has annulets and horizontal slit beneath hexagonal cap. Bolted on top
of the box is the gas lamp with gadrooned-vase foot from which rises a fluted
shaft with foliated capital; hexagonal lantern with turned finial. The
box itself is a particularly rare survival, another example is illustrated
in: H Aaron, Pillar to Post, 1982, p.108.