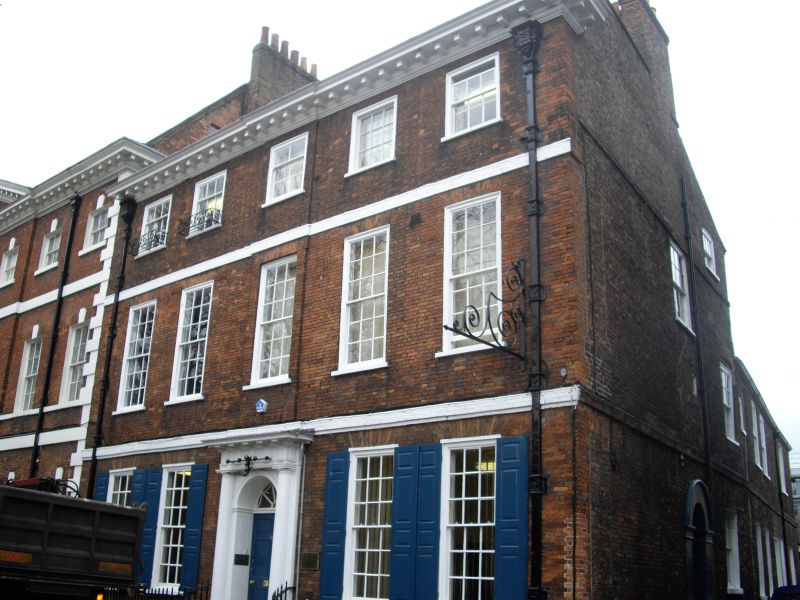 half baluster visible.
SUBSIDIARY FEATURES: square section railings and standards
with mace finials, swept round to entrance steps and at each
end.
From 1872-79, the house was used as offices for a District
Goods Manager of the North Eastern Railway Company.
(City of York: RCHME: South-west of the Ouse: HMSO: 1972-:
83).