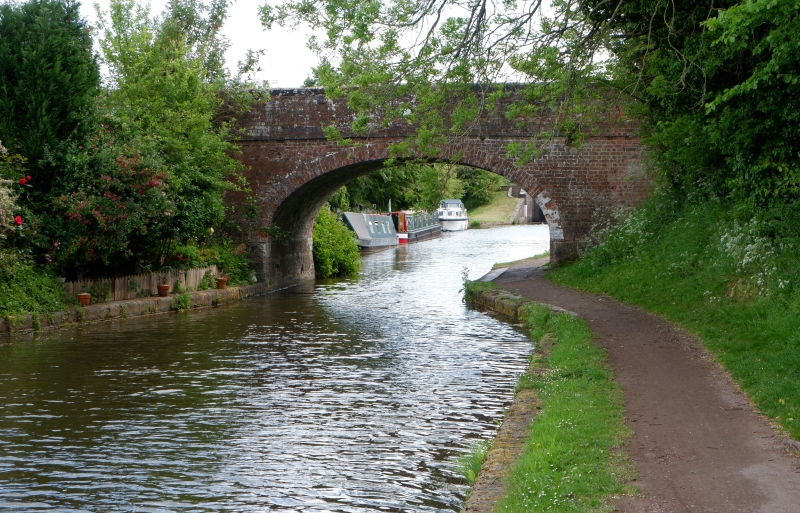 SO 96 NE TUTNALL AND COBLEY WORCESTER AND
BIRMINGHAM CANAL
TARDEBIGGE

Canal accommodation bridge. Circa 1812-13. English bond red brick
with sandstone coping to parapets and sandstone responds to arch.
Semi-elliptical arch with plat band above and pilasters at ends
of parapets. Minor repairs in blue brick to parapet. NOTE: The
Worcester and Birmingham Canal was authorised in 1791. With
Thomas Cartwright as the engineer work began at the Birmingham
end in 1795 and completed to Tardebigge in 1807. In 1809
Cartwright was replaced by John Woodhouse, who built a lift
instead of the proposed flight of locks. Trials for the lift
started in 1810, but it was abandoned in favour of the locks on
Rennie's advice. In 1812 construction commenced on this section
of the canal and the Tardebigge flight of locks (q.v.).
SOURCE: Charles Hadfield, The Canals of the West Midlands, PP135-
146.