The Cannon Fort and Adjoining Dock 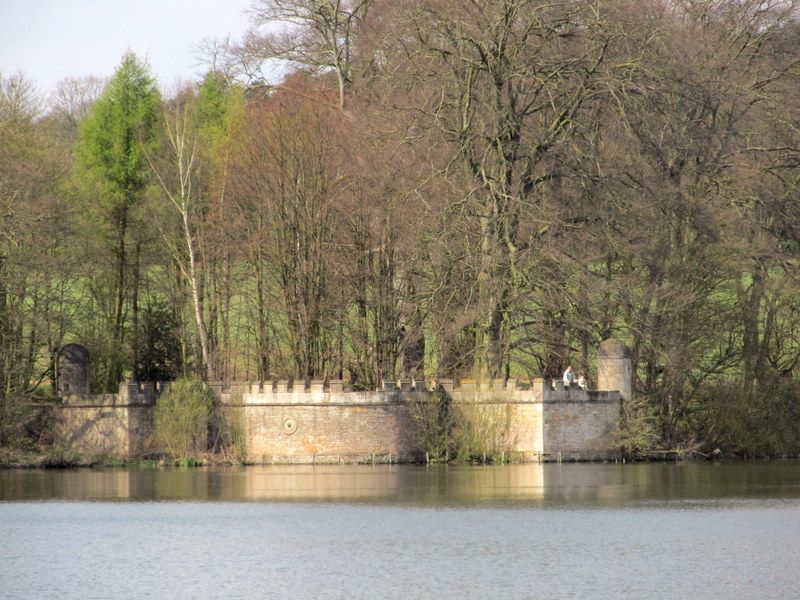 NEWSTEAD NEWSTEAD PARK
SK 55 SW
1/104 The Cannon Fort and
adjoining dock
13.10.66
G.V. II*
Mock fort. c.1750. Restored 1986. Built for the fifth Lord
Byron. Coursed and squared rubble and ashlar. Plinth, string
course, crenellated parapet. 9 round bosses on lake side. Semi-
circular central bay flanked by single triangular bastions. At
each end, curved steps. Each bastion has a circular tower, that
to south west roofless. That to north east has dome with ball
finial and 2 square openings. Each tower has a moulded pointed
doorway. At rear, 7 pointed arched recesses. Adjoining dock to
north east has slab coping. This fort was built as an eye
catcher to be seen across the lake and also as a mooring for the
ship which the fifth Lord Byron kept for entertaining his friends
with mock naval battles.