A Grade I Listed Building in Hickling, Nottinghamshire 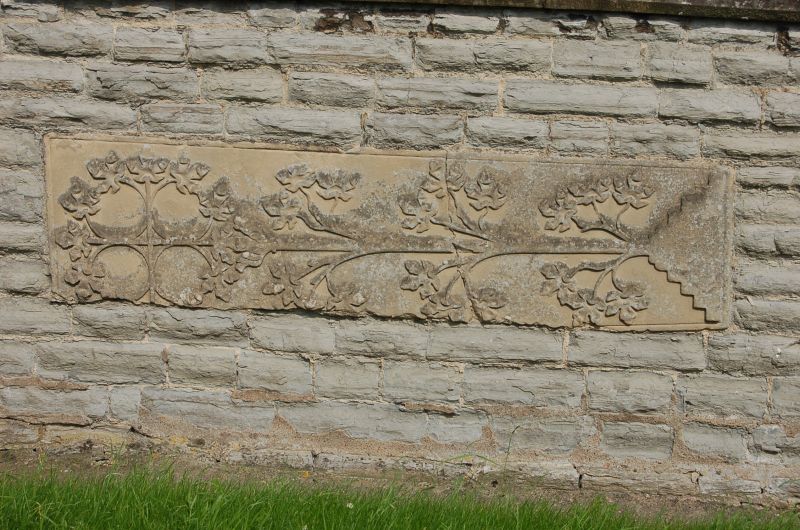 The south door has delicate C13, flowing ironwork. At the east end
of the south aisle is an excellent mid C10 Saxon coffin lid with much
interlace, a cross and 2 beasts. Bench ends with heads on the arms
and in the poppy heads. A brass on the chancel floor of 1521 to Master
Ralph Babington, rector.
N Pevsner. The Buildings of England, 1979.