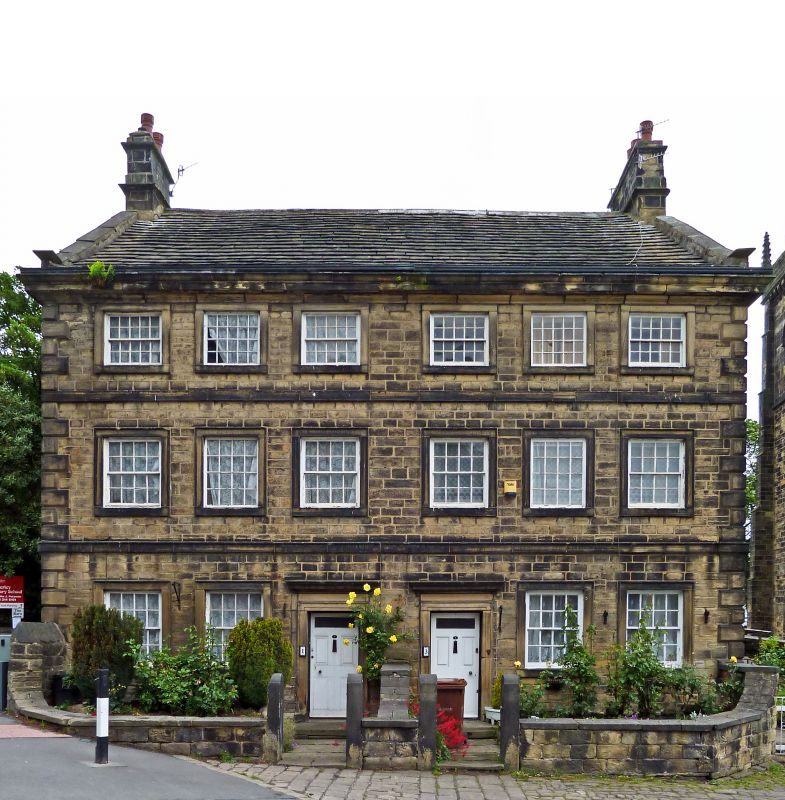 Interior: stair-halls with relatively late staircases separated from each other
by a thick stone wall, each hall partitioned from the front parlours by another
stone wall. Rear rooms have 2 spine beams and corner fireplaces.

A house of fine stone detail prominently sited next to the church and unusual
in being an early example of semi-detached housing.