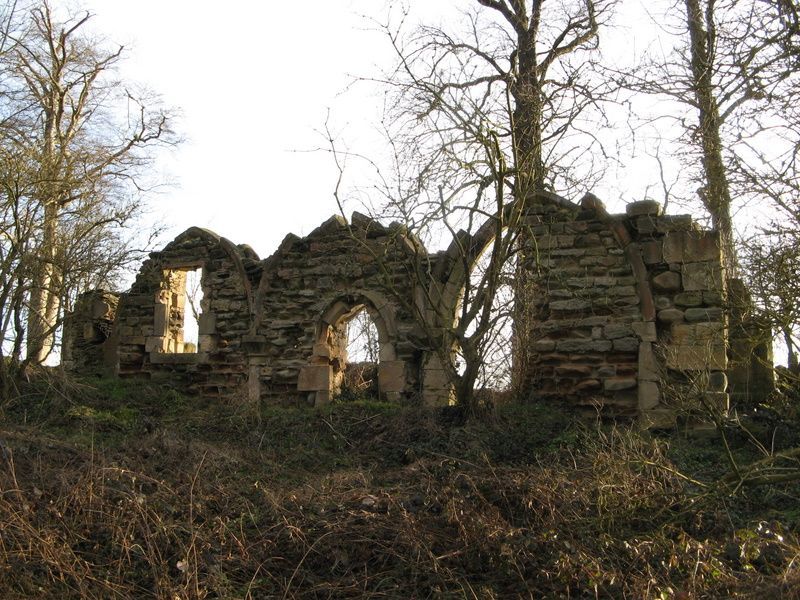 Ruined church. Early C12, late C12, C14, C15. Ashlar, dressed
coursed rubble and coursed rubble. Remains of nave, chancel and
north chantry. Blocked C14 3 bay north arcade with remains of
octagonal columns, moulded capitals and double chamfered arches.
The central bay with chamfered arched doorway with hood mould,
the eastern most bay with a single C15 window opening which had
tracery under a flat arch. There are remains of late C12 shafts
to the chancel arch and remains of a single round respond to the
chantry arch. The early C12 south doorway has remnants of zigzag
decoration. This was the domestic chapel of the Stanhope and
Holles families.