Wall Attached to West Corner of the Old Bell Hotel 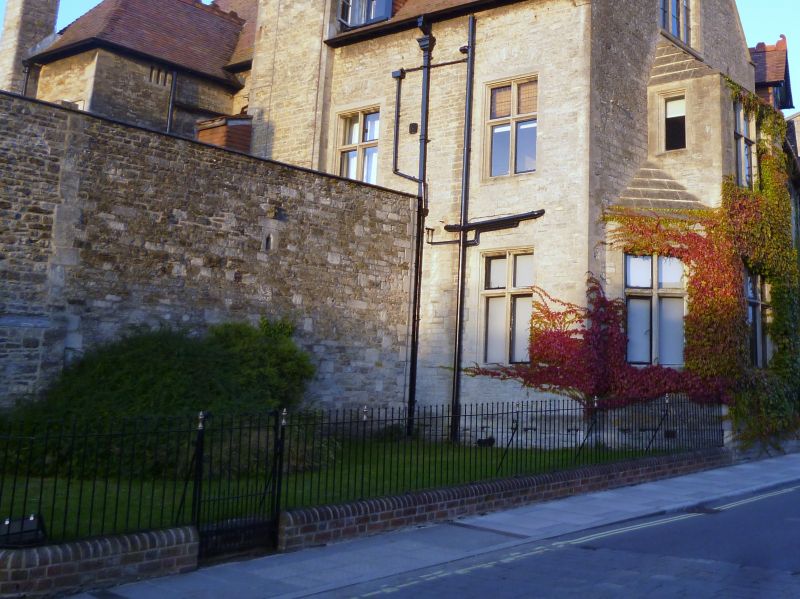 Wall. C18/19. Limestone rubble. Wall in 2 sections extending
approx 10m, the right-hand section has quoins and a small
re-used stoop, the left-hand section incorporates 3 re-used
medieval fragments and timber lintels to blocked openings.
HISTORICAL NOTE: the castle built by Roger of Salisbury
c1118-39 was probably to one side or the other of Mill Lane,
and reportedly encroached on a graveyard 'a stone's throw from
the abbey church'. After the acquisition of the castle in 1216
by the abbey, the outer court was extended, and it is possible
that the gateway of the outer court was at the junction of
Abbey Row and Mill Lane.
(Keystone Historic Building Consultants: The Town Walls of
Malmesbury: 1994-: 18-19).