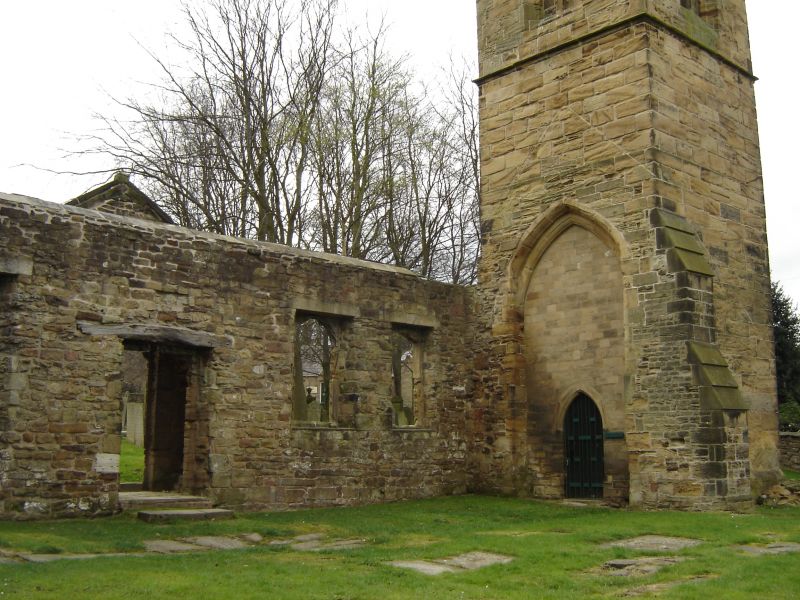 Numerous lesser items remain including brass to Michael D'Arcy (d.1588)
by south door. Brass to Thomas Wentworth (d.1548) in north chapel floor.
Removed fittings include C17 panelling, some family box pews and balustraded
altar rail. Benefactions board remains listing gifts to the curacy and
poor of Wentworth by the Wentworth family and others. West end of chapel
partitioned-off to form a vestry; within, the steps down to the external
Fitzwilliam vault.

Descriptions of monuments in:

J. A. Harrison, A Brief Guide to the Two Churches of the Holy Trinity
Wentworth, 1981.