A Grade I Listed Building in Forrabury and Minster, Cornwall 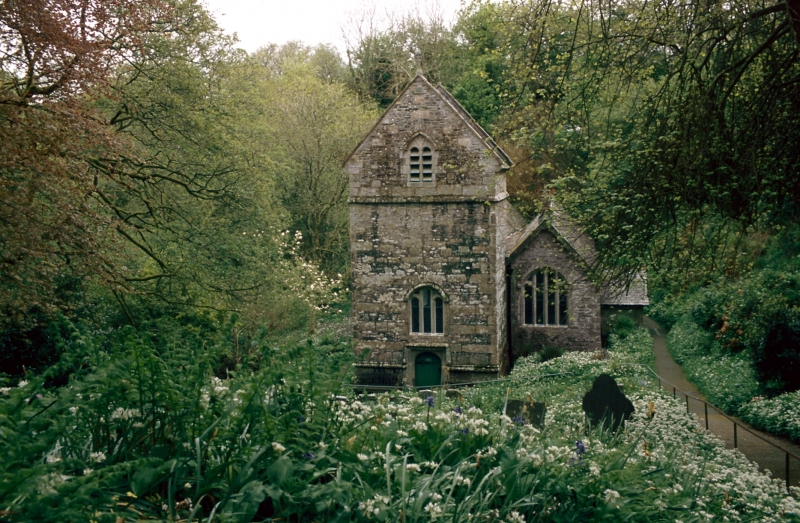 Church of St. Merteriana
2/2
17.12.62
GV I
Parish church. Built on or near side of priory. Late Norman font, C13 chancel with
two circa C13 windows, tower possibly C13 remodelled in circa late C15 or early C16,
circa early C16 5-bay south aisle, and porch. Church restored in 1870 by J.P. St.
Aubyn.
Circa C13 church possibly comprised chancel, nave and west tower. In circa C15 the
north wall of the nave was rebuilt and in circa late C15 the west tower was largely
rebuilt. The 5-bay south aisle and south porch were probably added in circa early
C16, possibly during the incumbency of John Trelawney (1507-1538). The fenestration
in the nave and south aisle appears stylistically to date from the C16 to early C17
although the moulded jambs may be earlier. The church was restored in 1870 when the
roof was reputed to have fallen in. The masonry in the south aisle was possibly
partly rebuilt; the tower was possibly partly rebuilt, reduced to one stage, and
remodelled with a saddle-back roof ; the church was re-roofed and refurnished. The
fenestration and arcade remained unaltered.
Chancel of slate-stone rubble ; masonry over 4 feet in thickness with battered base.
The masonry in the north wall of nave is noteable for its construction ; faced with
ashlar blocks of granite with thinner bands of shale (compare with masonry of
Roscarrock, St Endellion parish). West tower ; moulded granite plinth, four courses
of ashlar granite blocks with thinner shale courses, elaborate moulded plinth and
slate-stone rubble above. South aisle and porch of slate-stone rubble with moulded
plinth. Slate roof with nave and chancel in one.
The Perpendicular tracery in the nave, south aisle and tower appears stylistically to
date from the C16 or early C17 with simple round headed lights, the central light
raised. The moulded jambs are possibly earlier with probably later pointed hood
moulds. The mullions are moulded with a roll mould on the exterior.
West tower of one stage with saddle back roof ; west door with moulded granite
segmental arch and carved spandrels. 3-light west window and 2-light belfry openings
on west and east faces with carved spandrels. A pair of scissors have been carved on
the north side of the west face.
North wall of nave with 2-light and 3-light C16 fenestration. North wall of chancel
with circa C13 lancet window with later head and 2-light circa C13 window with eroded
central mullion. Circa early C16 3-light east window restored in 1859 and similar
circa early C16 4-light east window to south aisle. 3-light and 4-light C16 tracery
in south aisle. Gabled south porch with moulded 3-centred arch with carved spandrels
and hood mould, stone benches and 4-centred arch to south door with double roll mould
and simple rounded stops.
Interior Roof replaced in 1870 ; arch braced with one tier of wind braces in south
aisle and two tiers in nave. 5-bay arcade to south aisle; type A (Pevsner) piers
with moulded caps and bases and 4-centred arcade arches with chamfer and cavetto
mould. C19 furnishings with credence table comprising remains of circa early C16
carved bench ends. Circa C12 font of greenstone with round bowl, square stem and
octagonal base. The bowl is lead lined and Sedding suggests is decorated with
incised lines probably representing type of previous ornamentation.
Memorials ; Brass to Hender Robarts (1602), memorial to John Cotton (1703) in
chancel, two fine monuments to John Hender (1611) and William and Elizabeth Cotton
(1656) in south aisle; both with two kneeling figures at prayer desks. Latter with
verse "forty-nine years they lived man and wife
and whats more rare thus many without strife
shee first departing, hee a few weekes tryed
To live without her - could not-and so dyed..."
Fine collection of ledger stones reset at west end of south aisle including memorials
to William Cotton of Bottreaux Castle (1673), Sarah his wife (1676), Jane Silly
(1689) daughter of Chaunter Cotton and relict of John Silly of St Minver (q.v.
Trevelver, Dinham and Carlyon, St Minver Highlands). Dedication of Sir Jonathan
Phillips of Newport House, Cornwall who bequethed £100 for the benefit of poor
families in the parish (1799). Other memorials to John Avery (1817), Jonathan
Phillips and Charles Cotton Phillips (1769).
Tower with one bell known as the tinking bell, formerly over west door of Bodmin
Church and removed to present position in 1814 ; inscribed 'Com, prais the Lord'
1727.

Maclean, Sir John Parochial and Family History of the Deanery of Trigg Minor in the
County of Cornwall 1879.