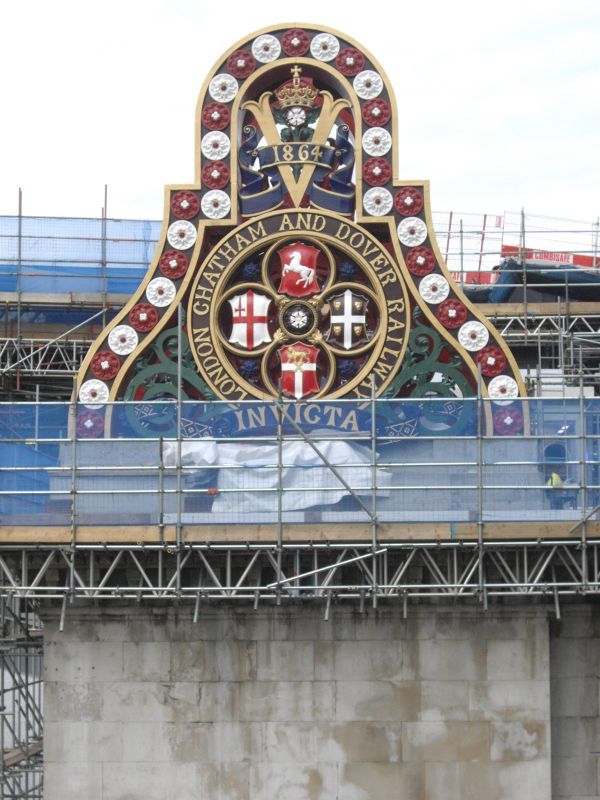 Abutment. 1862-64. By Joseph Cubitt. For the London, Chatham
and Dover Railway Company. Abutments of stone faced with
Portland stone from Charles Labelye's Westminster Bridge of
1738-49.
HISTORICAL NOTE: built for the London, Chatham and Dover
Railway Company to support the line on the Beckenham to
Ludgate Hill route. As the bridge was to form part of the
company's Blackfriars Station it was given good cast-iron
ornament; the large shields flanking the way on the Southwark
side bear the company's crest and title in full. These were
restored c1990. The abutment to the south shore falls within
the London Borough of Southwark. Joseph Cubitt designed
Blackfriars Road Bridge to the west (see City of London), and
with it this forms a group.