A Grade I Listed Building in Church Stretton, Shropshire 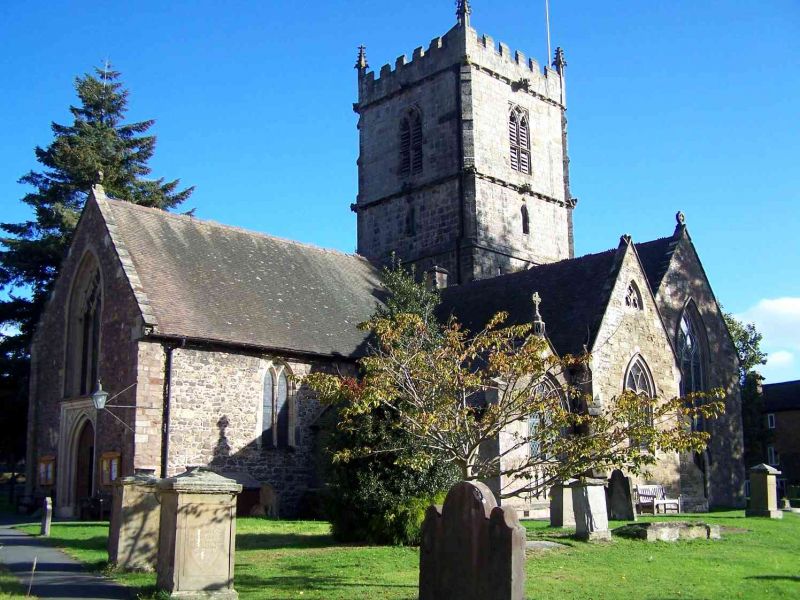 Tower: three stages with two stages above nave roof with diagonal stepped buttresses, dripmould string courses featuring corner and central gargoyles and carved bosses. Chamfered lancets to east and south faces of the lower stage and each face of mid stage, the east side now with a clockface. Flat-headed louvred bell-chamber openings to each face of the upper stage with pointed arched tracery of two cusped lancets and quatrefoil. Battlemented parapet with ornate corner finials.

Eight bells including six cast by Abraham Rudhall of Gloucester in 1711. Stained glass by Betton and Evans of Shrewsbury.