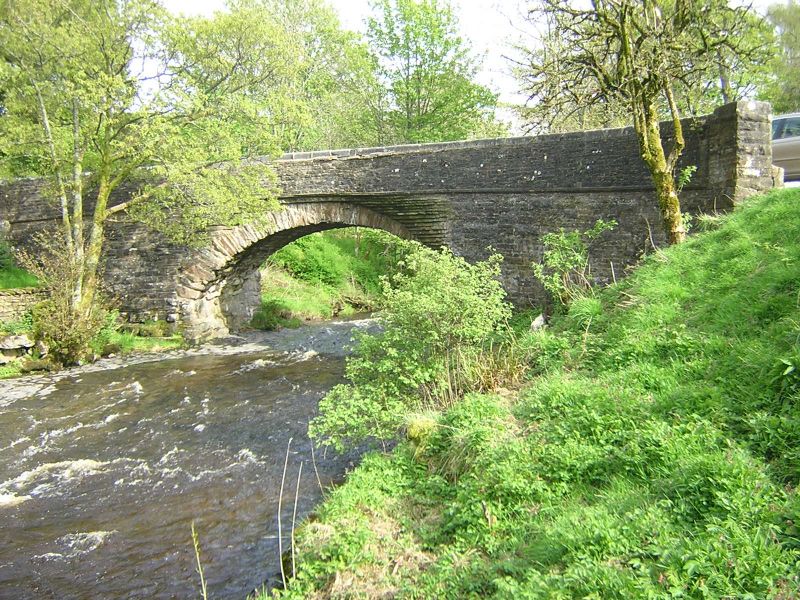 Public road bridge over River Dee. Probably C17, altered and
enlarged in C18 and C19. sandstone rubble. Narrow segmental
arch with rubble voussoirs (very large at the springing), with
squinches on the south side of the east end and the north side
of the west end, carrying widened roadway round sharp bends to
south and north respectively; stone slate band to parapets,
which have rounded coping stones. Forms group with West
Stonehouse farmhouse to east (qv) and with lime kiln approx.
30m to south (qv).