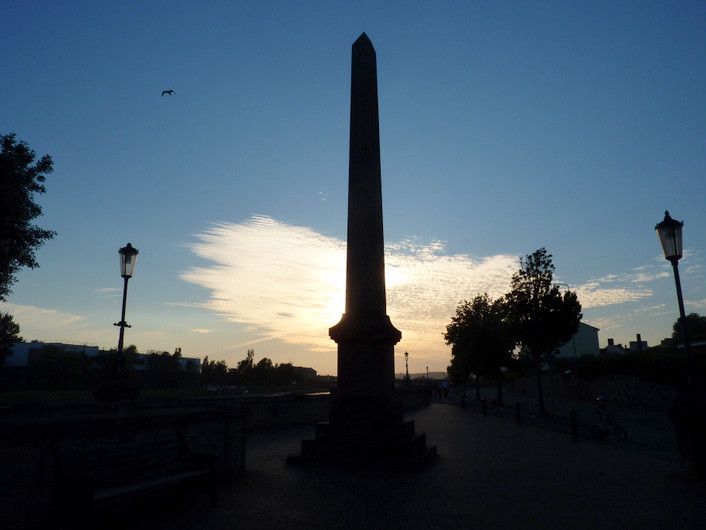 Obelisk commemorating the opening of Rock Park. Probably 1879,
when the park was opened. Grey granite obelisk with base of
polished red granite and pedestal of smooth grey stone. Simple
design with pedestal of 3 steps. Square base with shaped
inscription panel on north side. Moulded cap from which rises
a plain obelisk. Inscription reads: THIS PARK suggested by
CHANTER'S GREEN which it joins was presented to his Native
Town by WILLIAM FREDERICK ROCK August 12th 1879. Wm Avery
Esqr. Mayor. It is hoped the public will protect what is
intended for public enjoyment.
HISTORICAL NOTE: Rock Park was laid out by RD Gould.
(Gardiner WF: Barnstaple, 1837-97: Barnstaple: 1897-: 30, 34).