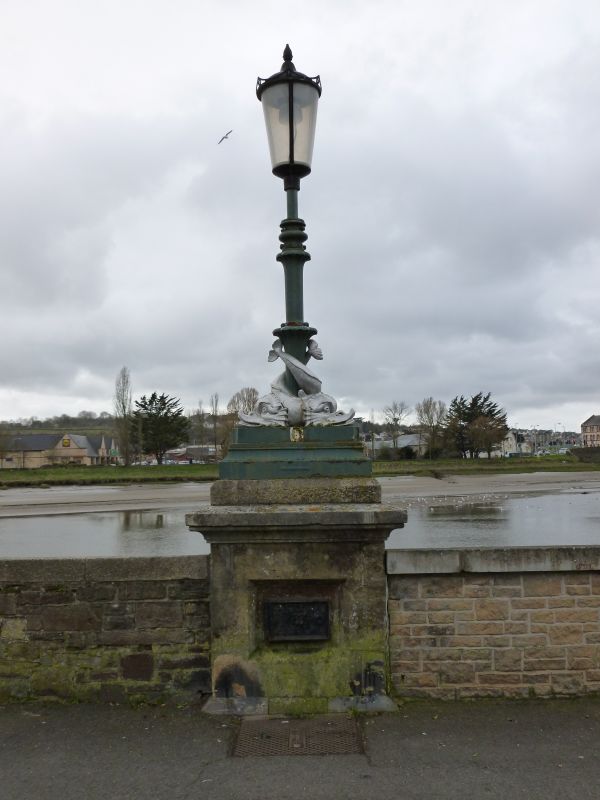 5 cast-iron lamp standards on stone pedestals. Probably mid
C19. Limestone ashlar pedestals, oblong in section with
moulded caps; red sandstone panels front and back, except
where these have been replaced with electric light fittings.
Iron lamp standards have 2 dolphins intertwined round the stem
of a plant. On the base is moulded COALBROOKDALE. Tops have
been replaced in late C20.
HISTORICAL NOTE: Taw Vale was cut through in 1846.
`Coalbrookdale' was the celebrated Coalbrookdale Company,
founded by Abraham Darby at Ironbridge, Shropshire, in 1708.
This design was made for the Victoria and Albert Embankments
in London 1865-70.