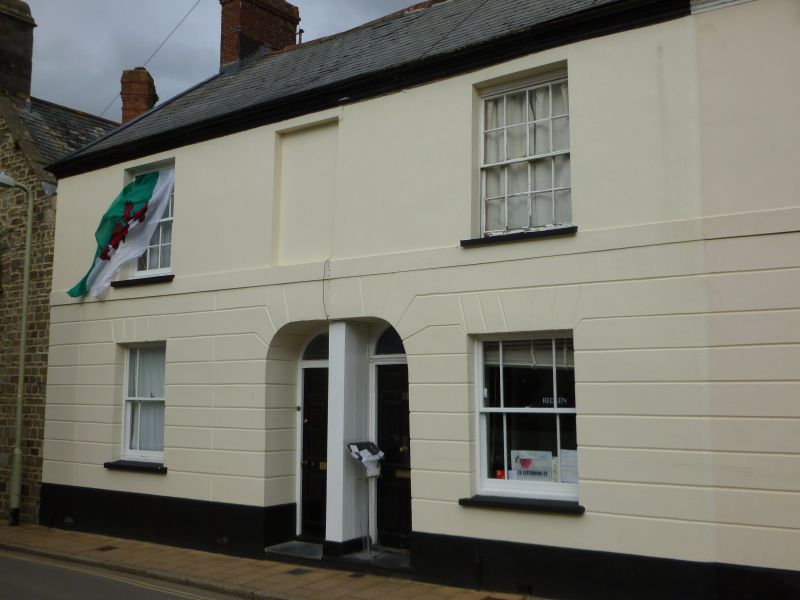 Pair of houses. Early C19. Solid, rendered walls, probably of
stone. Slated roof with red ridge-tiles. Old red brick
chimney, with projecting brick-courses forming a cap, on each
gable-end. 2 storeys. 3-window range. Rusticated ground storey
with pair of round-arched doorways in centre; 6-panelled doors
with plain fanlights above. The pier between the doorways
seems to have been rebuilt. Window at either end with sashes
having 2 upright glazing bars forming margin-panes. In upper
storey, centre window is blind, being placed over the doorway
of No.14 rather than exactly in the middle. Windows at either
end have 8-paned sashes. Moulded fascia-board under the eaves.
INTERIOR not inspected. The houses seem to be of the same
build as No.16 (qv), which adjoins them on the right, although
this lacks a rusticated ground storey. Adjoining them on the
left are the Penrose Almshouses (qv).