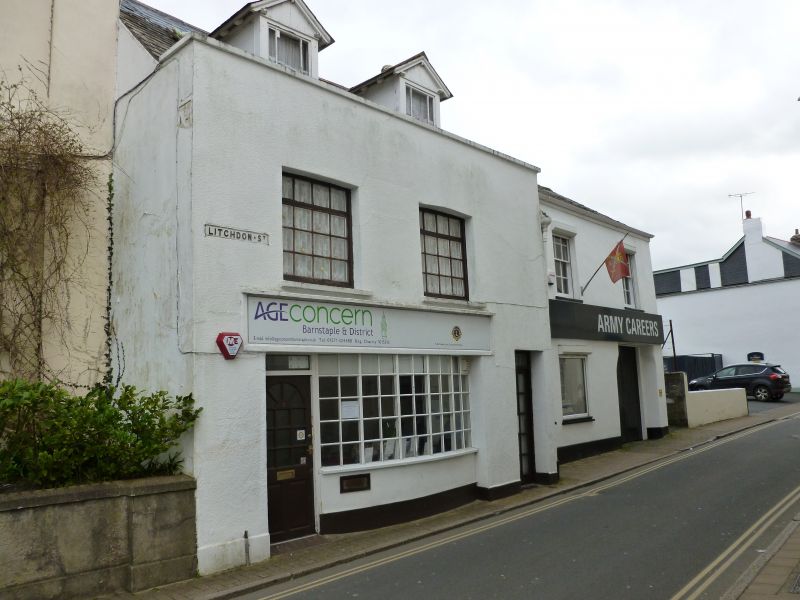 Entry Name: Number 1 and House Adjoining on Right with Attached Walls and Railings

Formerly known as: No.1 Normanton House and House occupied by
Dr.Thomas THE SQUARE.
Pair of houses of one build, now offices and flats. c1800.
Solid rendered walls. Slated roofs. Red brick and rendered
chimneys.
No.1 is double-fronted and double-depth with centre entrance
passage leading to staircase at rear. Upper floor is 3 rooms
deep, which seems to be the original arrangement. House to
right is probably closely similar, but with an original or
near-original rear wing to right. Between the 2 houses is an
open passage with room over it, now belonging to the
right-hand house.
2 storeys, with garret (probably a later insertion) at
right-hand house. Each house 3-window range, that to right
with additional window over the centre passage. Round-arched
centre doorways with flanking Doric columns supporting
sections of triglyph frieze; open triangular pediments with
modillions; 8-panelled doors with centre bead-moulding; cobweb
fanlight at right-hand house. Windows have 8-paned sashes,
except that the lower ground-storey sashes have 12 panes.
Giant pilaster at each end of pair. Raised band between
storeys. Moulded top cornice and blocking-course, breaking
forward over the pilasters. Plain round-arched opening to
centre passage. Rear elevation has barred sashes, including
round-arched stair window. At right-hand house the main
building and wing have brackets supporting the gutters,
possibly the remains of an original eaves cornice.
INTERIOR: only No.1 inspected. Ground-storey rooms have
6-panelled doors. The 2 right-hand rooms well preserved; dados
with moulded rails and skirting, boxed cornices, grey marble
chimneypiece at front, similar wooden one at rear, panelled
shutters at front. Left-hand front room has grey marble
chimneypiece. Geometric wood stair with voluted foot and
shaped step-ends; 2 thin square wood balusters with 3
horizontal bars between them.
Upper-floor landing has groin-vaulted ceiling springing from 4
pilasters, 4-panelled doors with raised mouldings on the
panels; front and rear left-hand rooms have original moulded
wooden chimneypieces; right-hand front room has a stone one
with bracketed shelf.
SUBSIDIARY FEATURES: at the front the houses have small raised
gardens with rendered retaining walls. Small sections of iron
railing remain, those at the right-hand house with lily
finials to the standards.
A good and well-presented pair of early C19 houses.