Canada Wharf and Columbia Wharf, Including Former Engine House and Boiler to South 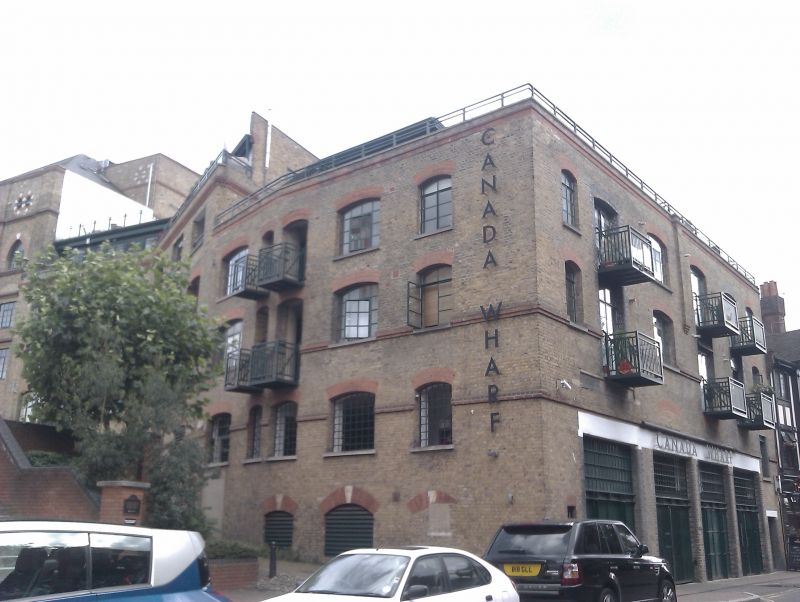 included gabled range of presumed erecting shops in front of
Columbia Wharf to street, now demolished except for facades.
Canada Wharf noted as being the first building in the country
to have silos resting on an iron flooring with ventilation
shafts and a vacant space beneath (these no longer exist).
Columbia Wharf was divided into 4 compartments, each
containing 56 perforated iron boxes fitted to ventilation
shafts.