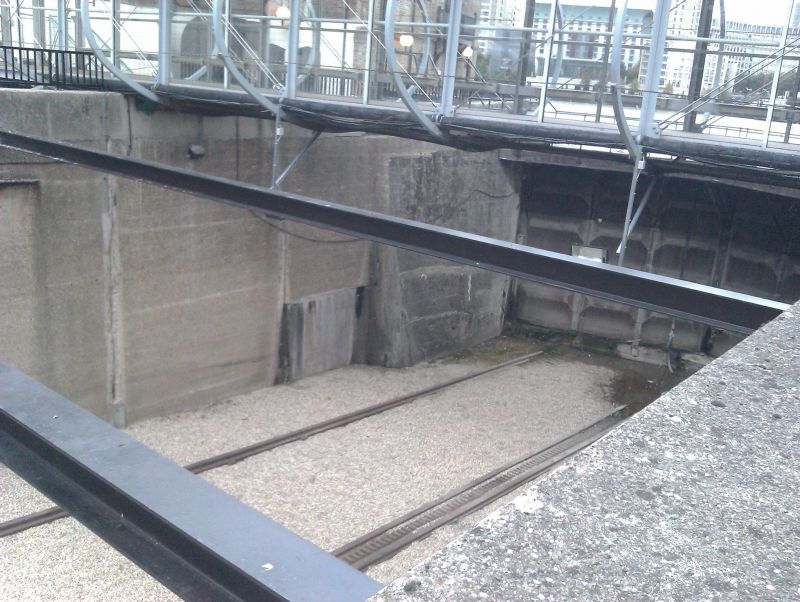 Patent slip. 1855. Originally brick lined with ashlar copings,
now faced in concrete.
At river end a pair of iron clad gates with hydraulic rams.
Served by adjacent engine house (qv).
HISTORICAL NOTE: between the 1790s and 1821 Nelson Docks
belonged to Randall and Brent together with 2 other yards
flanking the Greenland Dock entrance. They became pioneer
steamship builders (the "Diana" of 1817 and the "Rising Star"
ordered by Lord Cochrane for the Chilean Navy in 1821). From
1851 to 1866 Bible and Perry built composite hull clippers
here for the China Trade. An important remaining part of
Nelson's Dock.