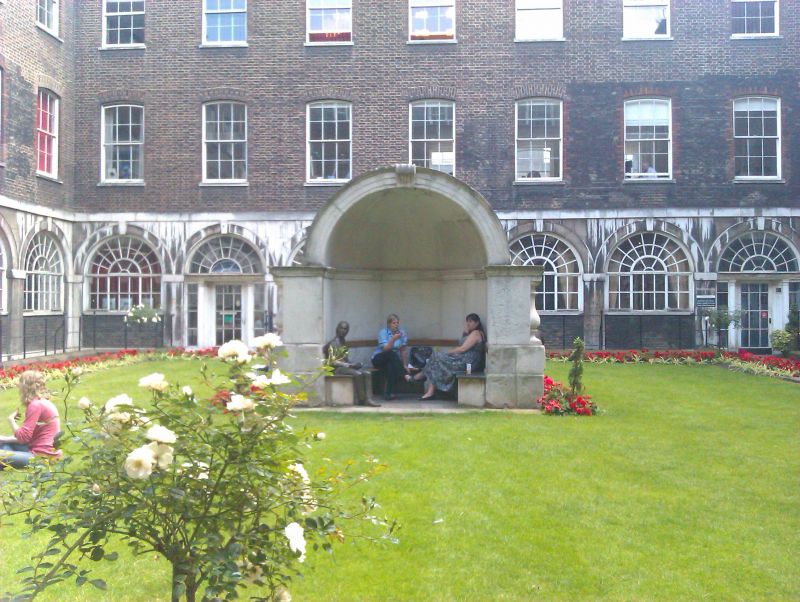 One alcove from old London Bridge, resited. 1858-62. By George
Dance. Stone semicircular wall with half dome and cornices on
both inside and outside of alcove, with half-baluster at
either side. Decorative scroll applied at top of arch. Resited
1902-4. Provided with seats and used, originally as a shelter
for convalescents, now as an embellishment to inner quadrangle
at Guy's Hospital (qv).