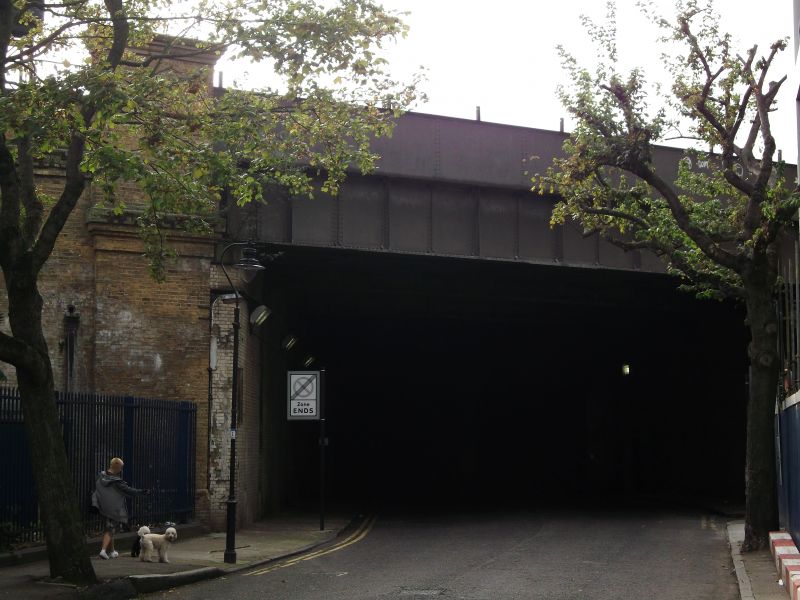 Railway bridge. 1836. By Colonel Landmann, engineer. For the
London and Greenwich Railway. Brick semicircular arch carried
on rows of 14 cast-iron Doric columns which separate the
carriageway from narrower arched footways on either side. The
whole now incorporated in a much larger railway bridge.
Of interest as one of the 2 surviving bridges from London's
first railway line, the London and Greenwich, opened as far as
Deptford in 1836 (see also Abbey Street (qv)). Spa Road to
Deptford was opened 8 February 1836, so this railway bridge
was the first to be built in London, and the oldest that
remains operational.