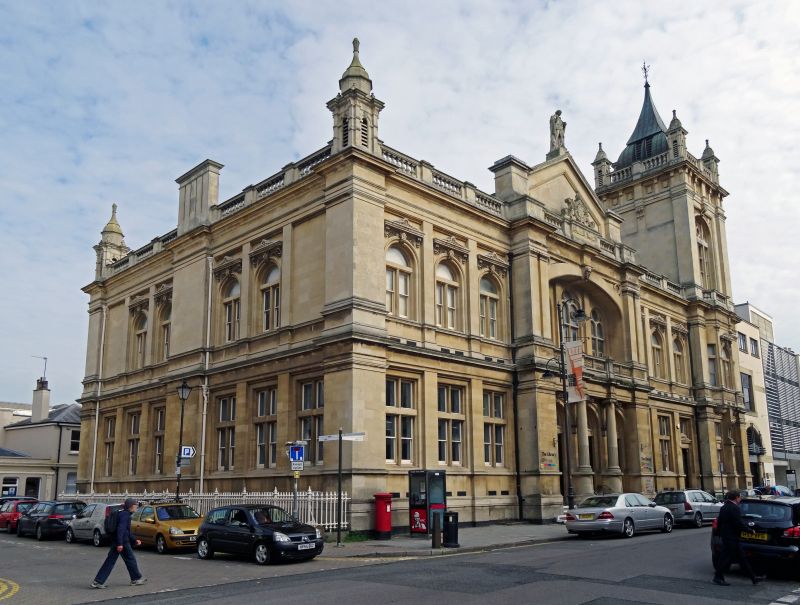 SUBSIDIARY FEATURES: return to St George's Place has area railings with elongated pyramidal caps and taller stanchions, fluted bars. The modern extension to the south-east is not of special architectural or historic interest.

HISTORICAL NOTE: In 1899 Baron de Ferrieres donated to the town his collection of Old Master paintings and £1,500 towards an art gallery in which to display them. Originally the buildings served as both a free library and the schools of Art and Science, which upper rooms were, by 1907, occupied by the Museum.
Occupies a good corner site, forming part of a distinguished group of Victorian buildings (within the Regency new town) which include Church of St Matthew, Clarence Street (qv), and Electricity House (qv) and Shaftesbury Hall (qv), St George's Place.