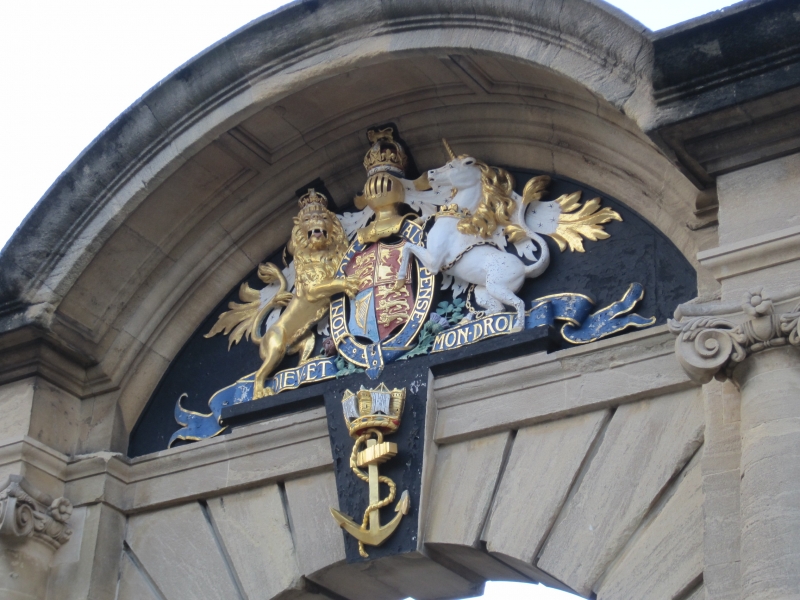 Formerly known as: HMS Victory QUEEN STREET.
Entrance to naval barracks re-using parts from former Portsea
Quay Gate. Dated 1902, reused parts 1734. Superintendent
Engineer Sir Henry Pilkington RE. Red brick and ashlar. Banded
piers with roll-moulded plinths, deep cornices and blocking
courses, outer piers with pyramid-on-ball finials. Taller and
wider central gateway with flanking pedestrian gateways, all
having rusticated round arches. Impost band carried across
pedestrian gateways, and moulded cornice with blocking course
above them. Central archway flanked by reused attached Ionic
columns and with Admiralty crest on keystone which rises into
corniced segmental pediment in which is carved and painted
royal coat of arms. Central gates have decorative panels with
royal cipher and date.
HISTORY: formed the formal entrance to the first naval
barracks in Portsmouth, and part of a group with the fine
officer's quarters opposite (qv).