Boundary walls railings and gates to the Church of St Stephen 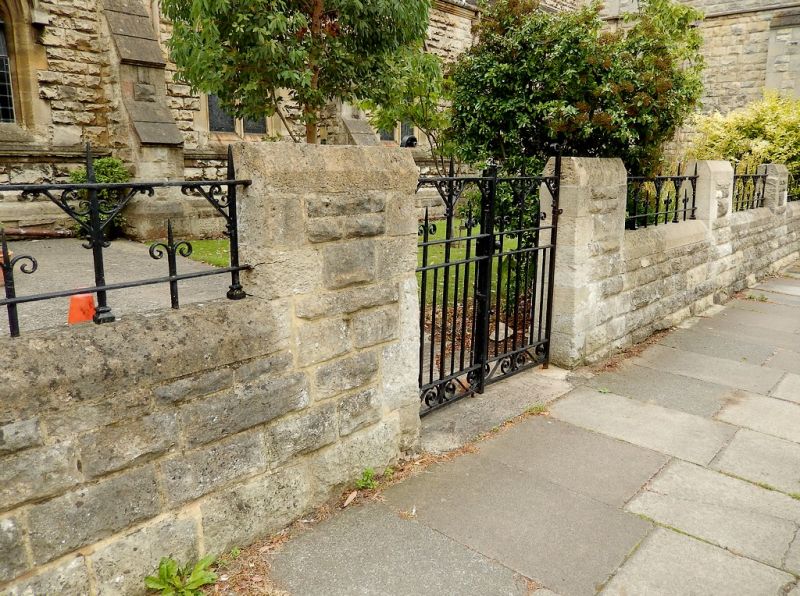 Entry Name: Boundary walls railings and gates to the Church of St Stephen

Boundary walls, railings and gates to the Church of St Stephen, constructed in the circa 1880s, probably designed by John Middleton.

Boundary walls, railings and gates to the Church of St Stephen, constructed in the circa 1880s, probably designed by John Middleton.

DESCRIPTION: the walls, approximately 0.5m high, have chamfered copings, with stone pillars at every 2m interval with railings in between. The railings have two levels of rails, spiked dogbars with scroll embellishments to the lower level and spiked bars with scrolled brackets to the upper bar. The wall extends to the south of St Stephen’s for approximately 8m, 30m along St Stephen's Road, and 45m along Princes Road and 28m along Oakfield Street with a short 2m return at the south end. The wall is interrupted by double gates to the west (leading to the south and north porch), a set of gates to the north and a gate at the end of the east section of wall. The gates have stick bars to the lower part that are surmounted by railings, with scrolled spikes and ornate brackets to the upper part.

The boundary stone wall and railings around the Church of St Stephen (Grade II*), were constructed circa 1880-90. The architect was probably John Middleton who designed the church. The walls and railings have been subject to recent conservation repairs (2012).