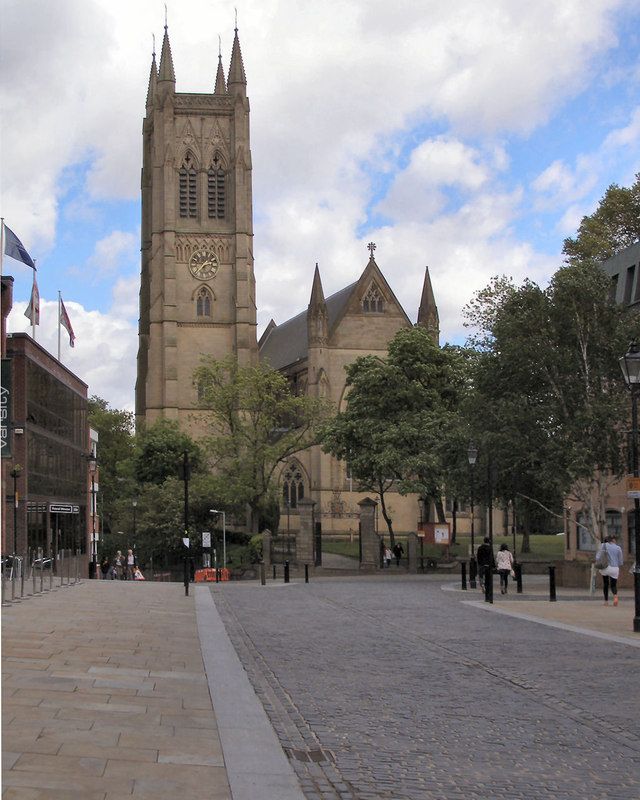 Parish church. Dated on tower 1823, but largely rebuilt 1840.
Coursed and squared stone with slate roofs. West tower, nave
with shallow transepts and chancel.
EXTERIOR: rock-faced stone to tower, which has thin clasping
buttresses with colonettes in upper stages, terminating in
heavy pinnacles. 4 unequal stages with west door in stepped
moulded arch with quatrefoil over, and paired lancets recessed
and divided by a circular pier above. Clock in 3rd stage, and
stepped triple bell-chamber lights above. Lancet windows to
west of nave each side of tower, the north and south nave
walls divided into 5 bays by buttresses, each bay with a
single lancet window.
North porch and south doorway. Gabletted angle buttresses to
transepts, which have stepped triple lancet windows in
recessed panel.
Shallow chancel with lancet window to north, enriched with
chevron moulding. Stepped triple lancet east window, enriched
with chevron moulding and divided by shafts. Vestry to south
of chancel, a later addition.
INTERIOR: single span nave of 5 bays, the tie beams carried on
raking wall-posts supported by corbels; raking struts with
central foiled circle and trefoiled panels in spandrels.
Similar trusses form quadripartite vault over crossing. West
gallery with arcaded panelling, carried on wood-cased shafts.
Clustered shafts to chancel and transept arches, with nailhead
moulding. Trefoiled arcade as reredos.
Geometric and emblematic stained glass with single figure of
St Peter in east window, and a single stained glass window to
south, dated 1899, the Good Samaritan. Some recent re-ordering
of the church, but many of the pews of c1880 have been
retained.