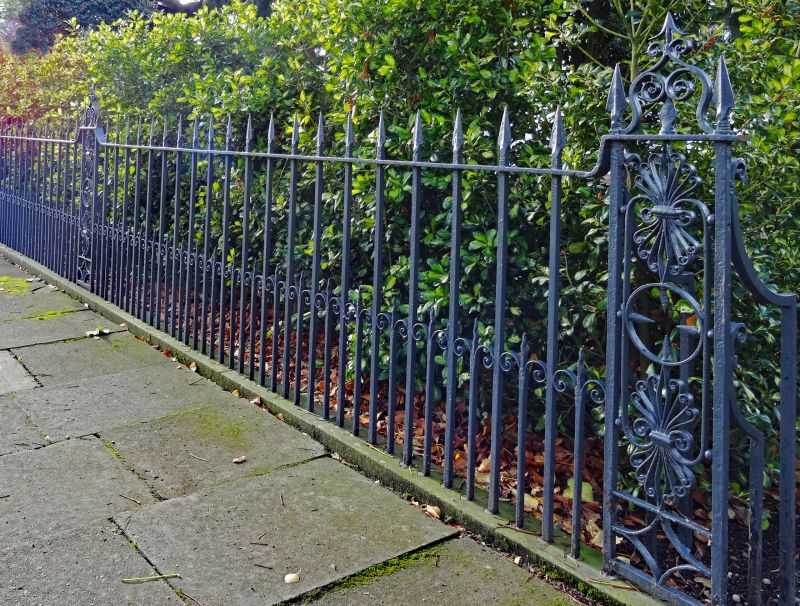 Railings and gate piers. c1830-34. Cast-iron with wrought-iron
dog-rails and one pair of ashlar piers. Arrowhead railings
with twirled dog-rails. Panelled and enriched iron piers at
interval, the panels with double-headed anthemion, and one
octagonal ashlar pier at centre with shaped capping. At south
end are double gates with panelled gate piers; further similar
pedestrian entrance. Further range of arrowhead railings at
angle to south. Railings describe an arc with further range
adjoining.
HISTORICAL NOTE: apparently originally marking an area which,
on Merrett's 1834 map, was a Botanic Garden for Richard Ware.
Probably originally enclosed the whole area. Chatwin describes
these as: 'the most beautiful wrought railings and panels in
the town'.
Forms a significant streetscape feature.
Clive Lodge not included.
(Blake S: Pittville: 1824-1860: Cheltenham: 1988-: 13).