Holland Grave Slab in Churchyard of Church of St Mary 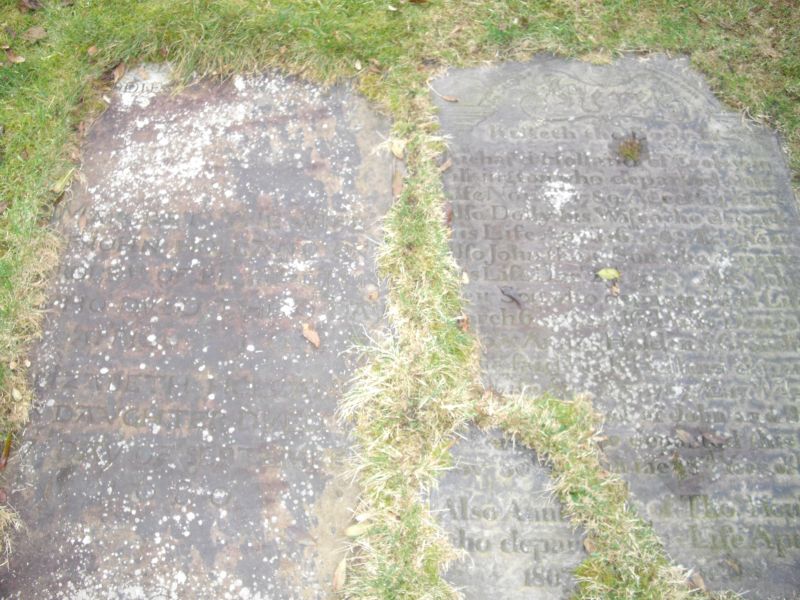 Sandstone, rectangular grave slab with deep incised carving including border. Very large, stylised fleur-de-lys motif to the foot of the slab. Inscriptions in wide-spaced lettering; that to the top of the slab reads 'HERE RESTETH THE/ BODIES OF'. Inscription to the centre of the slab reads 'MARGARET THE WIFE/ OF IOHN HOLLAND OF/ CROLEY OF PILKINGTON/ WHO DYED THE 9TH DAY/ OF APRILL 1687/ ELIZABETH HOLLAND/ HIS DAVGHTER DYED THE/ 27TH DAY OF SEPTEMBER/ 1680'.

The Holland grave slab, c1687, in St Mary's churchyard, Prestwich, is designated at Grade II for the following principal reasons:

* Early date: It is an increasingly rare survival of a C17 grave slab with an original inscription that remains fully legible
* Decoration: It incorporates a large, stylised fleur-de-lys motif to the foot of the slab
* Historic interest: It illustrates the extensive history of the St Mary's churchyard and the original Prestwich-cum-Oldham parish, once one of the largest and wealthiest parishes in the country
* Group value: It has group value with the Grade I listed St Mary's Church and the other listed monuments and structures in the St Mary's churchyard