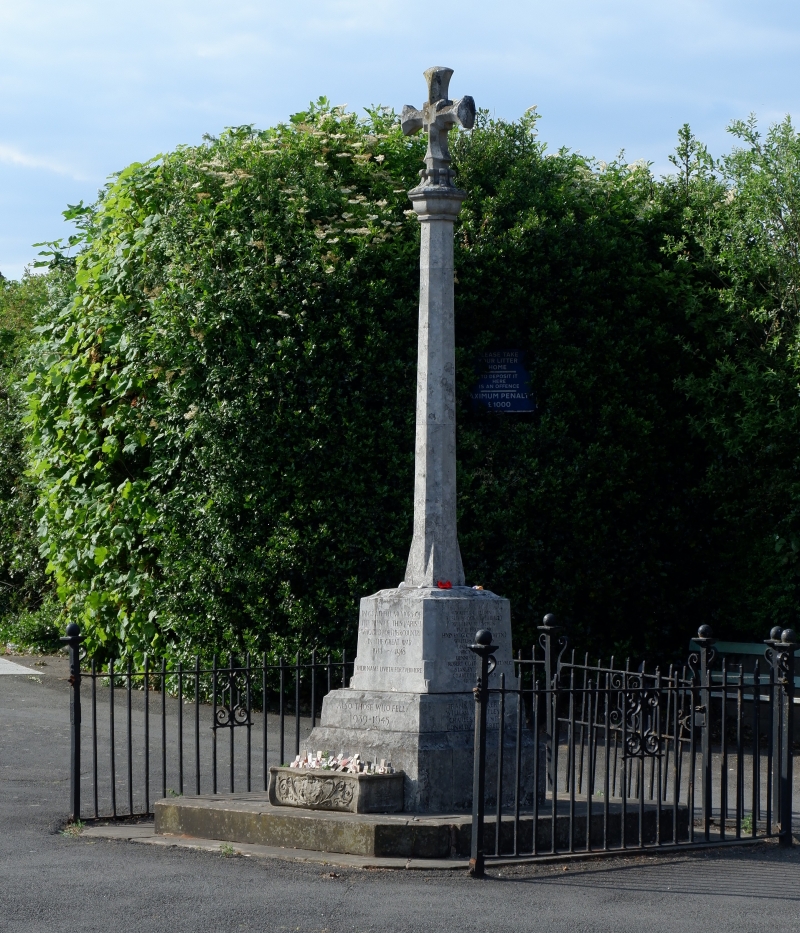 A stone war memorial of 1920 date with railings restored in the late C20.

DESCRIPTION: a war memorial cross with a square base surmounted by a plinth, pedestal and tapering shaft with a decorate Latin cross. Metal railings surround the memorial.

The front face of the plinth is inscribed: IN GRATEFUL MEMORY OF/ THE MEN OF THIS PARISH/ WHO DIED FOR THEIR COUNTRY/ IN THE GREAT WAR /1914-1918/ THEIR NAME LIVETH FOR EVERMORE/ ALSO TO THOSE WHO FELL/ 1939-1945. The other faces are also inscribed: (NAMES)

One such war memorial was raised at Aston Fields as a permanent testament to the sacrifice made by members of the local community who lost their lives in the First World War. Aston Fields was dedicated on 4 December 1920. It is shown on the Ordnance Survey Map of 1927. The memorial was altered later and commemorates the local servicemen who fell in both First and Second World Wars, and all those who gave their lives in those conflicts. In 1990 the railings were restored.

Architectural interest:
* As an accomplished and well-realised war memorial which takes the simple form of a cross mounted on steps;
* The restored railings add to its visual interest.

Historic interest:
* As an eloquent witness to the tragic impacts of world events on this community, and the sacrifices it made in the conflicts of the C20.