A Category B Listed Building in Oban North and Lorn, Argyll and Bute 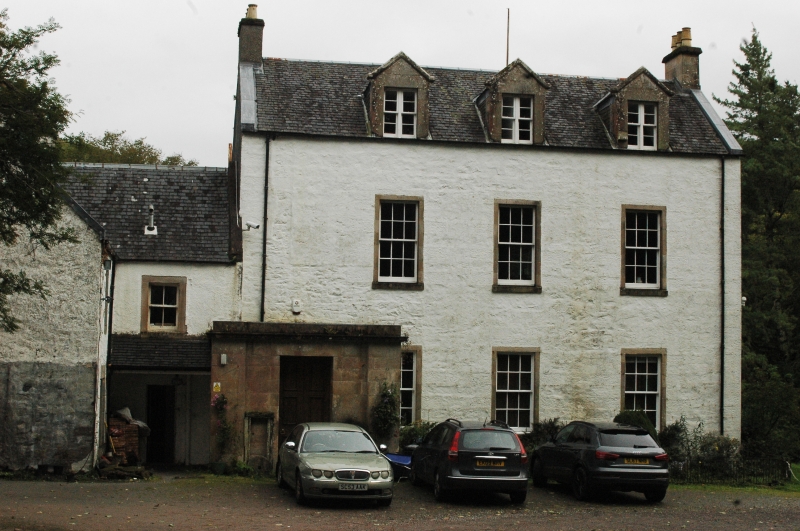 Walled Garden: A coastal walled garden built around 1825 as part of estate improvements for Dunollie House, northwest of Oban. The walled garden is located on sloping, south-facing ground between a precipitous outcrop of rock on which Dunollie Castle (scheduled monument SM293) stands and the shoreline to the south.

The garden has rubble walls around 3m high and has a broadly rectangular plan form. The north wall is crenellated and spans between two natural rock outcrops. The west wall has a segmental arched entrance (now blocked) and a projecting square tower at the northwest corner. The entrance at the southeast corner is flanked by a round tower with slit windows and a crenellated parapet. The eastern third of the south wall rises up in a series of steps. The walled garden is divided by an internal wall running north to south.

This house is historically important due to its association with the Chiefs of Clan MacDougall who built it as a substitute for nearby Dunollie Castle. It is also interesting for its association with the architect Leslie Grahame Thomson (subsequently MacDougall) by whom are the alterations to the ground floor of the 1830s section, as, perhaps, are other small contemporary details. The west range of the stables has been converted with some loss of original character.

Alexander, 23rd Chief to the Clan MacDougall, built Dunollie House between 1745 and 1753 as a replacement for Dunollie Castle. From 1825, Sir John MacDougall of Dunollie, 25th Chief of the clan, engaged on improving the estate. He enlarged the 1745 house and established the walled garden in 'Castle Park' for which there is a written specification dated 1825 (Robinson 2017). The MacDougall Family Archive also contain documents associated with the functioning on the garden during the 19th century and first half of the 20th century. These include receipts for goods sold, bills for labour, inventories of tools as well as the personal reminiscences of the McDougall family (Robinson 2017).

The walled garden at Dunollie is of interest as an early 19th century walled garden with castellated features that survives largely unaltered. It is an important functionally related ancillary building of Dunollie House and is a significant component in the setting of the nationally important Dunollie Castle. At the principal is a round tower which would have functioned as a small viewing tower or gazebo. Early photographs (dated 1880) show a small greenhouse just beyond the round tower against the south wall and a whalebone arch by the shore. Both features are now gone.