A Category B Listed Building in Melrose, Scottish Borders 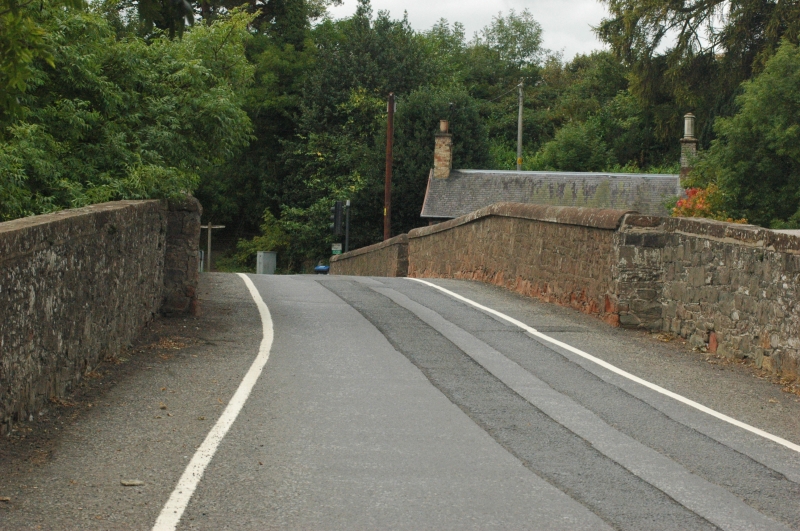 Part of a B-Group comprising Melrose Bridge and Gattonside Toll.

A substantial 18th century road bridge of red sandstone occupying a prominent position in rolling landscape, spanning the Tweed on the sweeping approach road from Galashiels to Melrose. The bridge is flanked by the mid 19th century 'Gattonside Toll' (see separate listing) located at the southerly approach, and Lowood Lodge to the northerly approach, adding wider contextual interest.

The exact building date is not currently known, although it may may have been completed as early as 1762, possibly replacing a failed earlier bridge, subscription for which appears to have been underway in 1754 (see References). This specific river crossing was particularly significant at a period when turnpikes were being constructed in Scotland, with the only other carriage bridge to cross the Tweed at this time located at Kelso. The bridge is also known as 'Darnlee' or 'Lowood', and more locally as the 'Bottle' bridge, probably because broken bottle glass was used an an aggregate in the foundations. Vehicular passage over the single lane carriage way is now controlled by traffic lights.