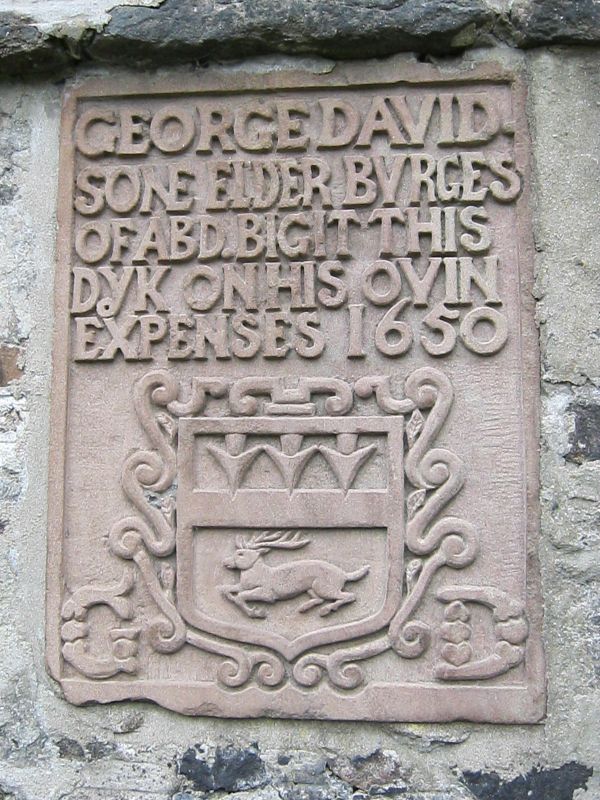 CHURCHYARD: encircling church. Variety of mainly 19th century gravestones, some with decorative carvings and many with nautical inscriptions.

A good example of the work of local architect John Smith, East St Clement's is a striking building with an associated churchyard with a good collection of monuments. The central pinnacled tower is a strong feature and acts as a local landmark. The church is situated close to the Harbour and the onetime fishing community of Footdee.

The church was built to replace an earlier chapel, dating from the 15th century which had been for the use of the local fishermen and their families who lived in the surrounding area. The church was designed by John Smith to be at the heart of an extensive newly designed neighbourhood and was originally meant to be at the North side of a square. The plans for the neighbourhood never materialised and the area around St Clement's was gradually taken over by industry.

The graveyard provides an excellent historical record of the past local inhabitants, many of whom were involved in fishing or other maritime businesses.

John Smith (1781-1852), a native of Aberdeen, established himself in architectural practice in the city in 1804. He became the Master of Work in 1824 and designed many of Aberdeen's public buildings, showing an expertise in working with granite. With Archibald Simpson, (1790-1847), he was one of the major architects involved in designing the expanding nineteenth century city of Aberdeen. His other works include the Aberdeen Arts Centre. (see separate listing).