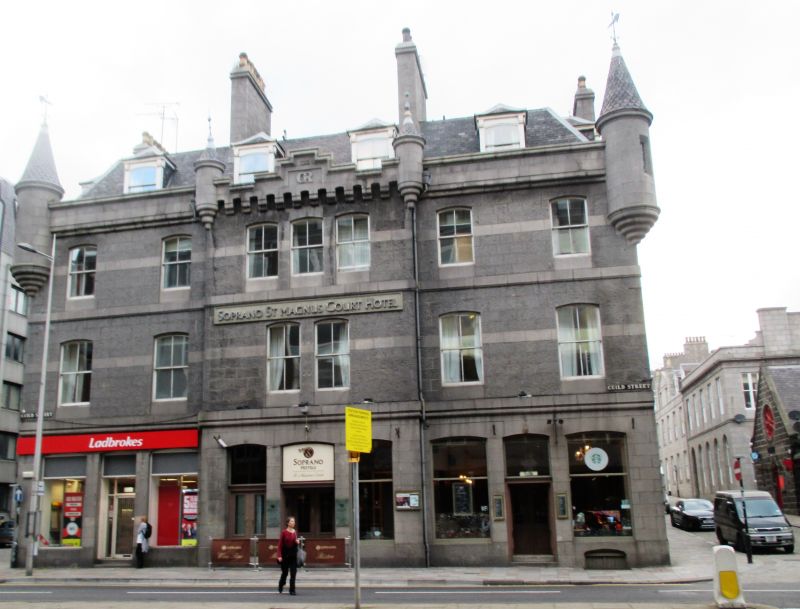 St Magnus Court is a well-detailed building in the Scots Baronial style which makes a distinctive addition to the streetscape of Guild Street. The adjoining building to the North continues the design of St Magnus Court and establishes a uniform appearance to the whole block, enhancing streetscape character. The use of ashlar and contrasting tooled granite is unusual. The shallow segmental arched windows, distinctive timber mouldings to the dormers and the contrasting banding are features of both buildings.

Exchange Street and the surrounding area was redeveloped in the mid-late nineteenth century as a mixed use area with housing, commercial buildings and industrial units. This building was constructed on the site of a previous sawmill. Guild Street lies close to the station and this hotel was one of a number in the area which helped to accommodate an increasing number of travellers.