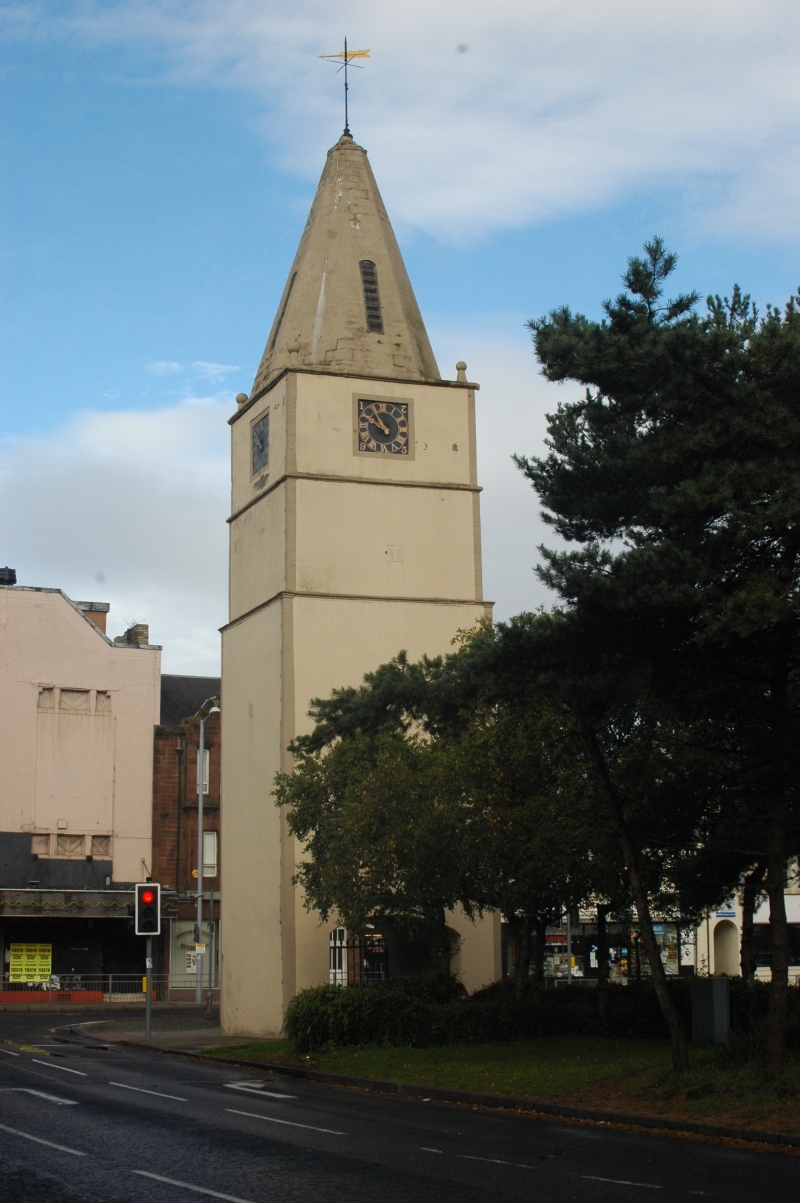 The tower is the only remnant of Newton's Tolbooth (remainder demolished 1967). Newton Old Church (1777, demolished 1967) to the rear of the tower was accessed via the elliptical-arched pend. From the mediaeval period to the 19th century, the tolbooth was the centre of local administration, justice and ceremonial services. Newton had become a Burgh of Barony by 1446, with Main Street marking its core. The burgh was permitted to erect a tolbooth by royal charters of 1595 and 1600. The heavy restrictions of the adjacent Royal Burgh of Ayr, allowed growing industrial and commercial development in Newton in the 18th and 19th centuries. In the tower are two bells, 20? inches and 24? inches diameter, both inscribed "Tho. Mears of London Fecit 1795." In "The Church Bells of Ayrshire" both bells are described as being cast at the Whitechapel Foundry, London and hung in wooden frames. The lighter bell has a lever, but the other is fitted with a solid wooden wheel with no spokes, and with only a sector removed to clear the lip of the bell.