A Category A Listed Building in Culross, Fife 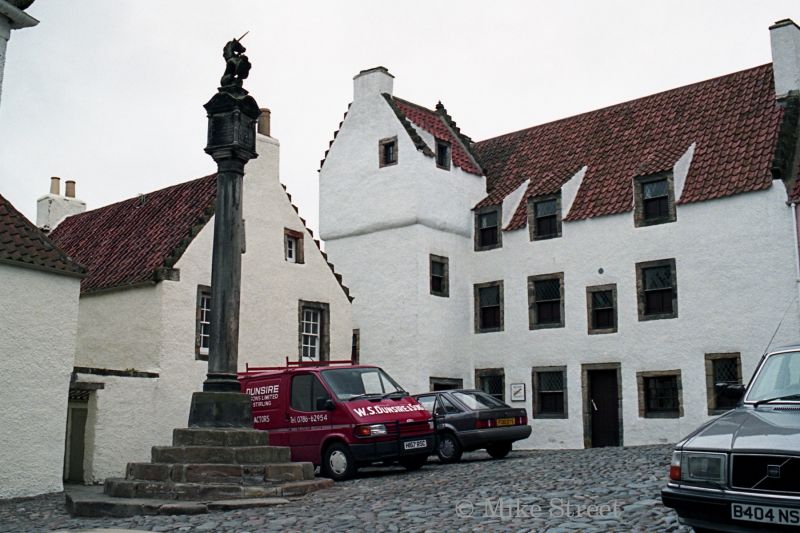 A market cross was a common feature in a burgh; Culross mercat cross is sited in a prominent position in The Cross, a cobbled area which lies at the junction of four roads and beside Back Causeway which follows the line of the original street which ran from the Abbey to the Sandhaven. This cross replaced a plain stone megalith with a small surmounting cross, as depicted in James Drummond's sketch of the market cross made in 1849 (NMRS archive). The restoration of the cross was financed by Sir James Sivewright to commemorate the coronation of Edward VII. The architect J W Small prepared the drawings and Alexander Neilson, a sculptor from Dundee executed the work under the supervision of William Gauldie, an architect from Dundee. The unicorn holds the Garter of the Thistle (Cunningham). For brief history of Culross Burgh see Culross, The Cross, The Study.