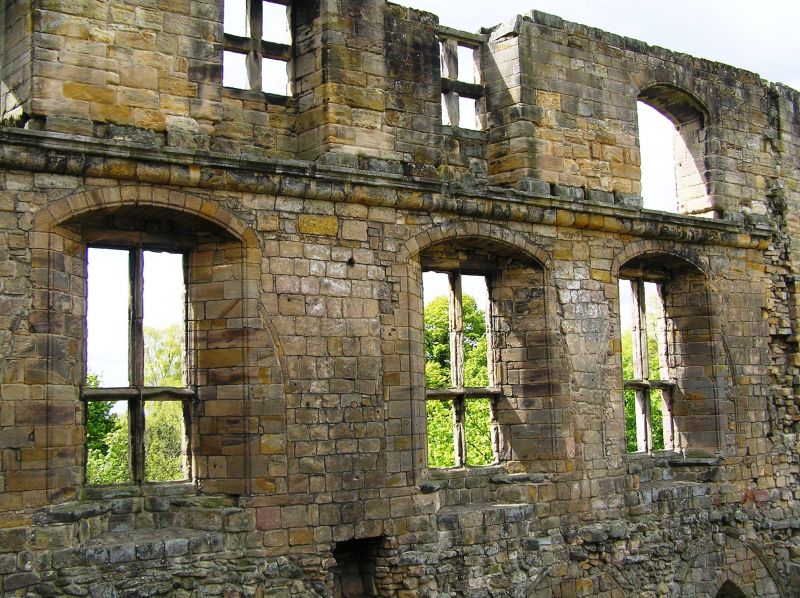 Property in care. A-Group with Dunfermline Abbey, Nave, New Abbey Parish Church, Gatehouse, Frater Range, Dorter and Reredorter and Entrance Gateways and Boundary Wall (see separate list descriptions). A Benedictine priory was established in Dunfermline in around 1070 by Queen Margaret, wife of Malcolm III. It was upgraded to an abbey by her son, David I in 1128. In 1304 the monastery buildings were partly destroyed by Edward I during the Wars of Independence. The palace, then the abbey guest house (albeit intended for royal guests) and the adjacent kitchen were both subsequently rebuilt. The kitchen served both the monastery refectory and the guest house. The monastery refectory could either be entered from ground floor level via the frater undercroft and NW turnpike or at 1st floor level via the gatehouse and hanging passage to the SW of the frater. The abbey was dissolved in 1560, although the palace continued in use as a royal palace. Despite being remodelled twice in the 16th century it appears to have soon after fallen into disuse. The last recorded major repairs to it were made in anticipation of a visit by Charles I in 1633.