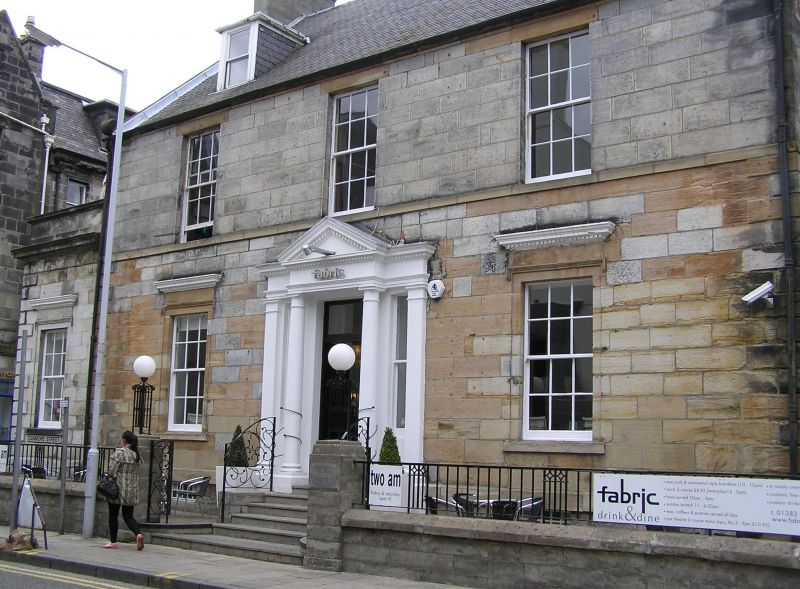 S (PRINCIPAL) ELEVATION: steps up to entrancepiece to centre of main block; doorway flanked by Doric columns supporting slightly projecting pediment; dentilled frieze continues set back to either side with flanking outer pilasters; architraved entrance with narrow flanking lights; 6-panel 2-leaf timber door with rectangular fanlight. Flanking windows; single window to extension to outer left. Window to each bay to 1st floor. Piended dormers to either side of roof.

It is unclear whether this building was built as a villa or commercial building. It was already in use as a bank by the mid-19th century and continued in use as such for over 130 years. It is now (1998) in use as a cafe bar.