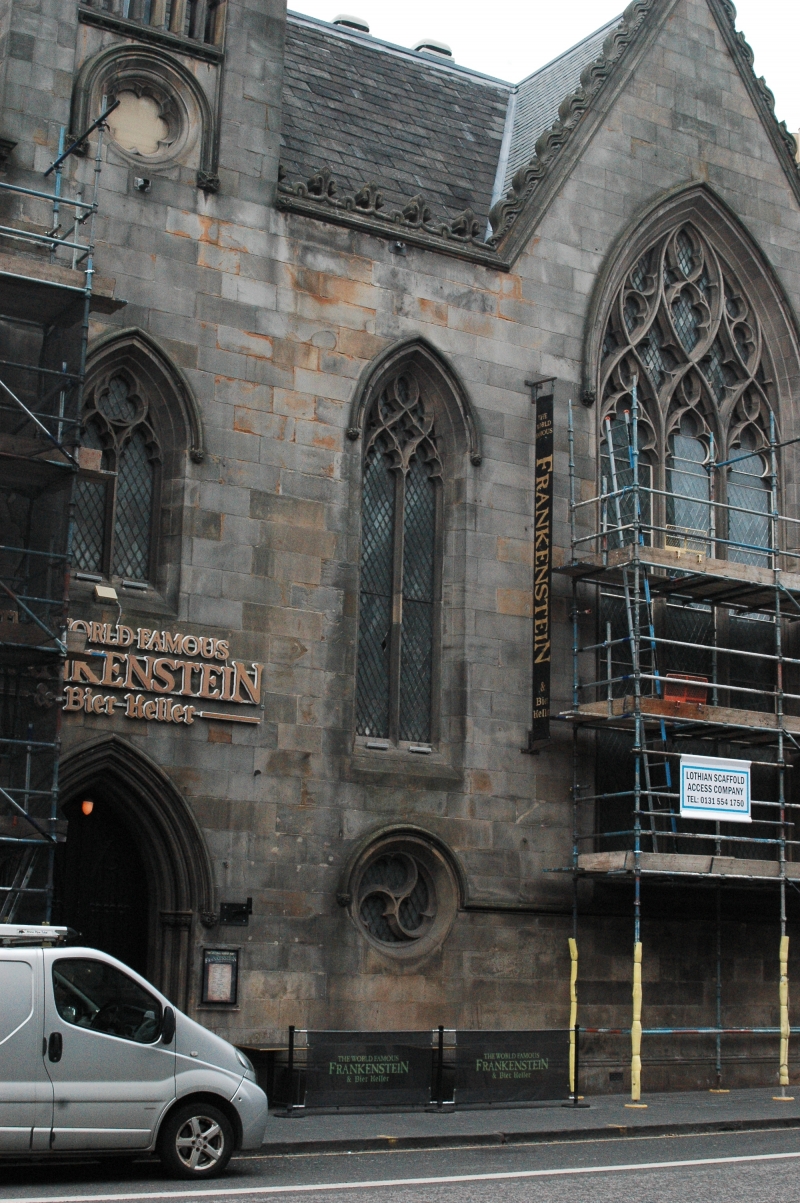 INTERIOR: altered for new use as public house, but ribbed ceiling on foliaged corbels, U-plan gallery on cast-iron columns and pulpit with swept canopy over sounding-board still there.

Ecclesiastical building no longer in use as such. Built as Martyr's Free Church for the Reformed Presbyterian Congregation (later United Free and then Elim Pentecostal). Now (2000) a public house. Dean of Guild drawings show that the 3-storey tenement with shops at ground floor at Nos 27-30 George IV Bridge was also designed by Charles Leadbetter in 1859 for the Reformed Presbyterians. George IV Bridge formed part of Thomas Hamilton's plan for the new Southern and Western approaches to the city.