A Category A Listed Building in Fort William, Highland 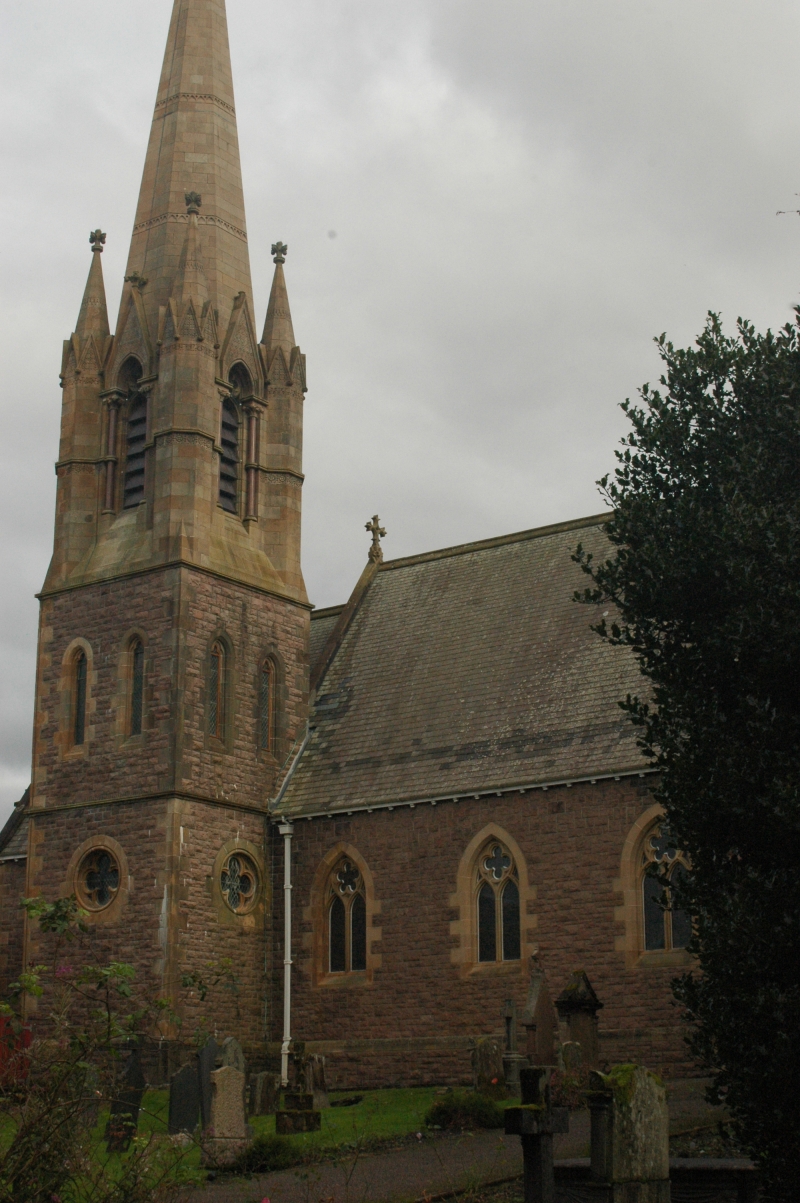 transept (used as vestry) to south opposite tower at north;

pointed-headed tympanum with figure of St. Andrew and

spandrels carved with thistles and roses.

with projecting stair turret in east elevation. Occuli in

each face of lower stage, paired round-headed lancets in 2nd

with centre louvred windows under gablets in each face

clasping base of slender, ashlar facetted spire rising to

detailing to annulets, and ring of diminutive lucarnes. Rear

SE vestry with dated lintel and roll moulding to architraves.

stone supported on arches with polished marble columns and

and similarly detailed Bishop's throne and aumbry in north

arches each side of altar framing low relief and centre

and similar patterns in chequered design to inner face. SW

front) with lengths of ornate cast-iron spearhead railings on