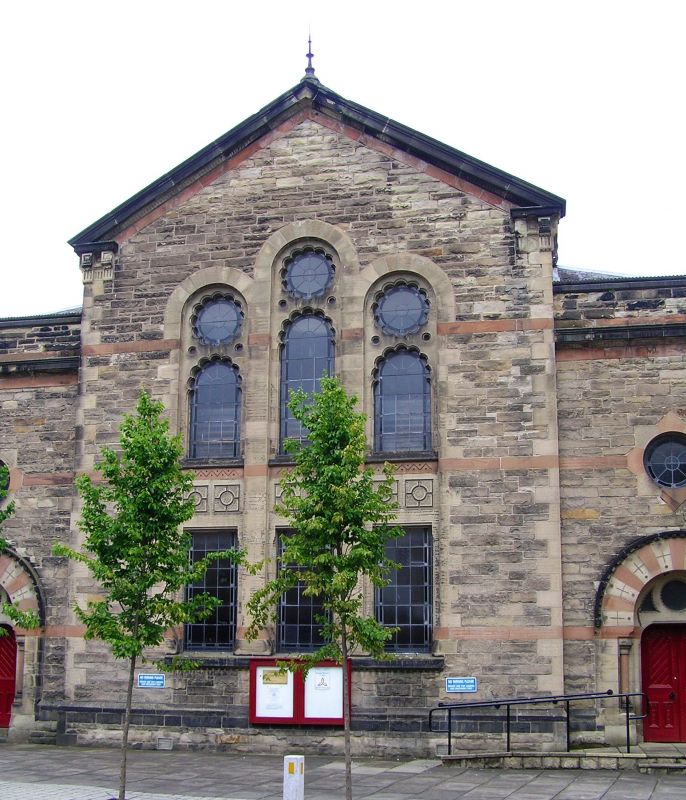 Ecclesiastical building in use as such. Trinity Church is a good example of a later 19th century Romanesque style church with fine stone detailing to the principal street elevation making a considerable contribution to its immediate surroundings. The interior, though altered, demonstrates a good decorative scheme dating to 1928.

Although based in Manchester the practice of Corson and Aitken was run by two Scottish architects, William Reid Corson had trained under the prominent Dumfries Architect Walter Newell and Robert Walker Aitken who was apprenticed to Peddie and Kinnear. Robert Aitken is thought to have been the main architect for St Ninians.

Built in 1844 at a cost of £1400 as the United Secession Church, Formerly St Columba's Church and an earlier East United Presbyterian Church. The 1867 additions are said to have included a hall, but this was presumably subsumed in the 1928 redevelopment. The 1928 halls were built on the former Darlingshaugh Burial Ground, famously the smallest cemetery in Gala, with few known internments, the last known being 1817. A union took place in 1977 between St Andrew's and St Columbas Churches to form the current St Ninians Congregation. Following a further union with St Aidan's, the name of the church was changed to trinity Church in 2007. The church now seats 540.

Separate 1st floor flat in building to courtyard to rear of halls.