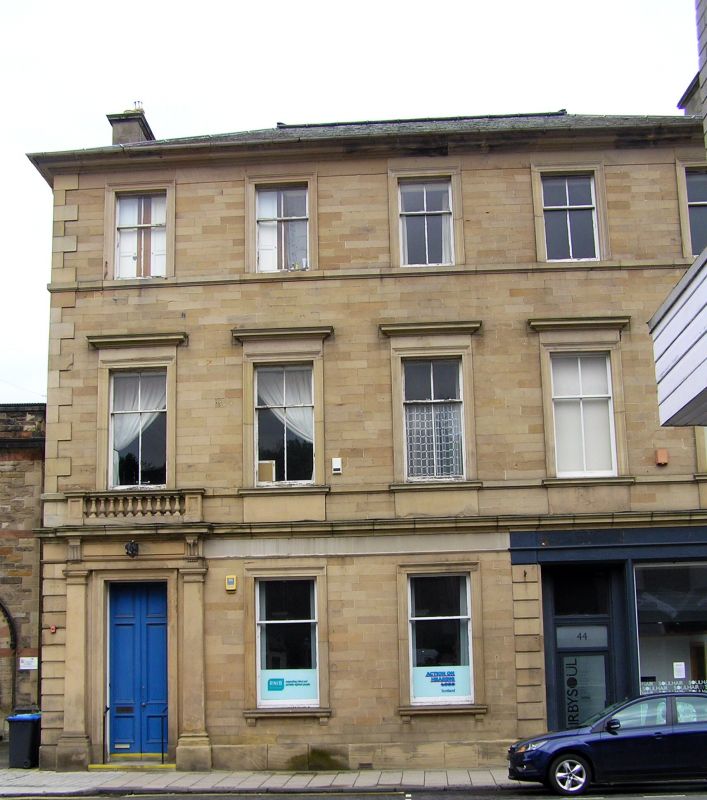 INTERIOR: access was not gained to the upper floors at the time of the survey (2005). The spaces on the ground floor have been modernised.

The former British Linen Bank is an example of the type of prominent and solid formal Classical bank buildings built through the second half of the 19th century. Although no longer in use as a bank, the building retains its formal symmetry and its important presence on the street. The position of the building in relation to St Ninian's church allows the bank to have a second formal elevation and emphasises its importance in views along the High Street.

The building was built as the British Linen Bank, with a manager's house above. It later became the Industrial bank, with offices above. The shopfront on the front elevation is likely to date to c1900. There are presently (2005) businesses on the ground floor and part of the first floor, with the remainder returned to use as a house.

Wardrop and Reid were a successful Edinburgh firm of architects, who took over as the architects for the British Linen Bank in 1876.